Review of Sushi Striker The Way of Sushido (Switch) 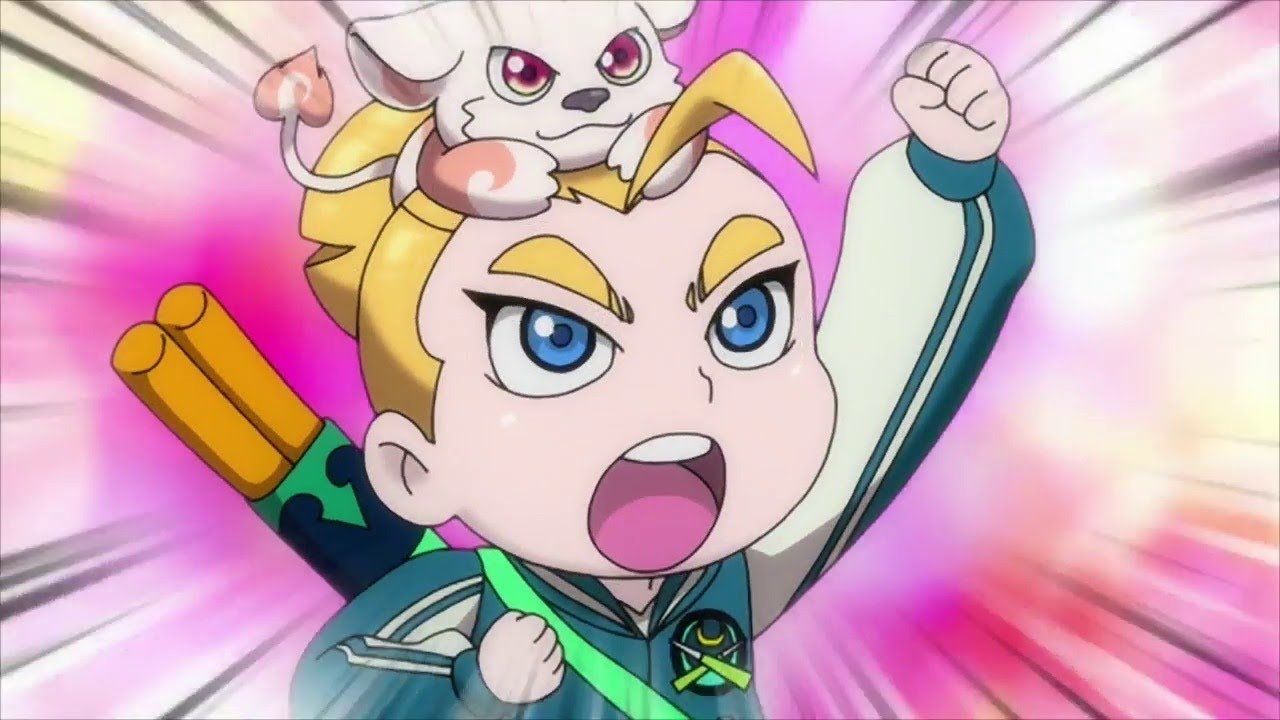 Sometimes I want to distract from deliberately serious AAA-titles and spend time playing.

In which you can relax and relax from everyday worries.

This is exactly the game Sushi Striker  The Way of Sushido, released in early June 2018 on 3DS and Switch platforms from Nintendo.

I had the older, Switch-version of the project, but most of what I will discuss in the review.

Is applicable to the 3DS-version. And in both cases, we have a very good, high-quality niche game.

Settting from Sushi Striker  The Way of Sushido is rather strange. In the world of the game, where for some reason there is no fish.

In an intricate confrontation because of mystical land, irreconcilable rivals clashed.

As a result, the sushi on the land where we start the game were banned.

Nobody saw them, they never tried, and for all they are just some obscure word.

For our hero (or the heroine – we can choose only the gender of the character.

But there is no customization of his or her appearance) everything begins with the theft of some tasteless fruit that could feed the orphans.

But very quickly he tries sushi, embarks on the path of a righteous war and becomes a sushi striker, a combatant sushi of land. 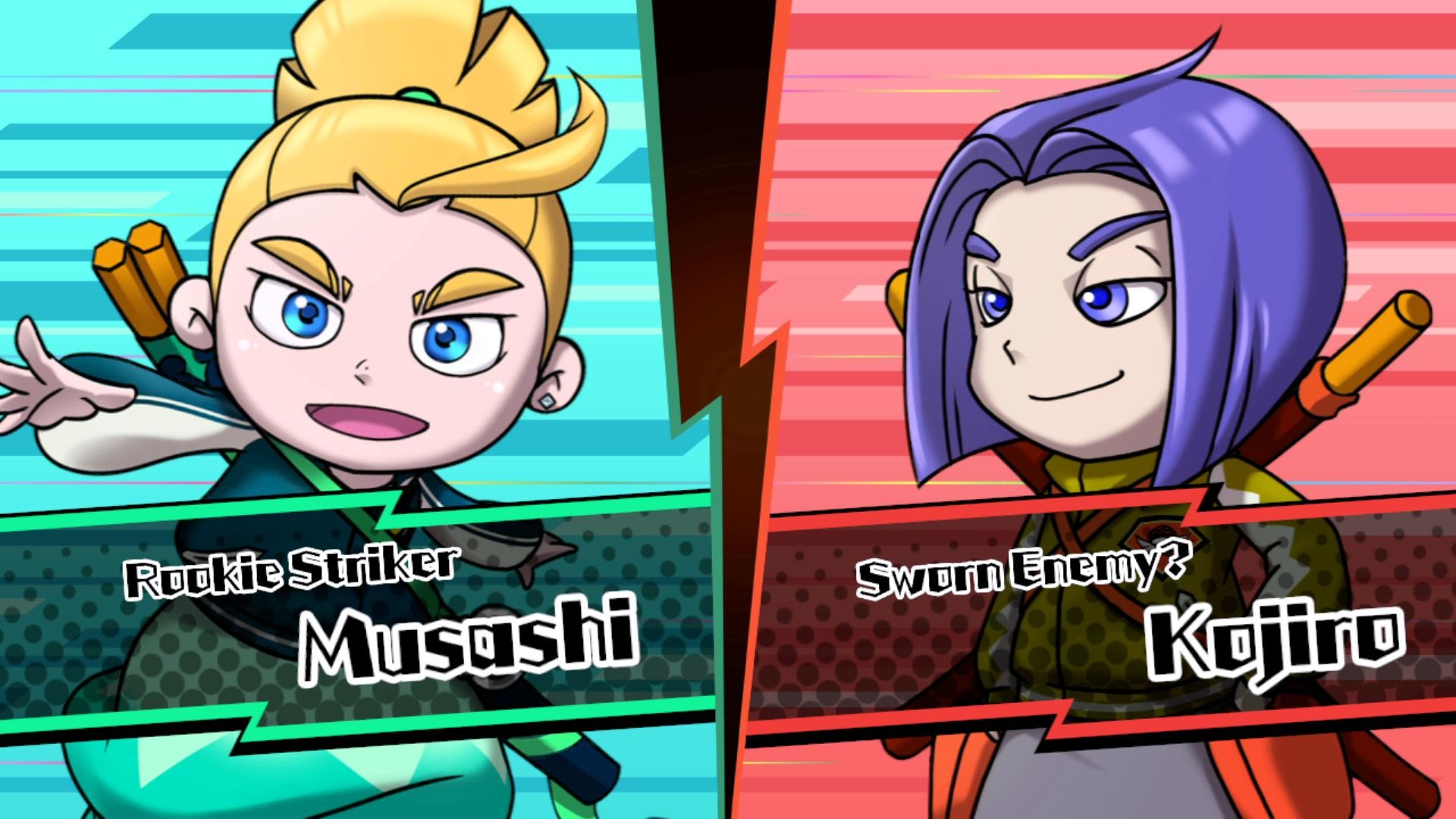 The plot can not be called a strong side of the game.

Rather, he often even interferes.

His moves are predictable, and the story serves only to tie together all the fighting episodes and lead us from the enemy to the enemy, giving us some motivation to move on.

In truth, if developers had simply forgotten about 10 minutes later about the story line.

This would not have been very much reflected in the whole project.

At the heart of this is the gameplay, the main bet is made on it and it is he who makes you come back to Sushi Striker  The Way of Sushido again and again, spending dozens of hours playing.

Until you figure out the game, it may seem that the gameplay here is strange.

And even primitive. In the center of the screen there are 7 bands.

On which plates from the land creep at different speeds.

To inflict damage to the enemy, you need as soon as possible to eat sushi of one kind (on plates of the same color).

This frees the plates and stacks them in piles at the bottom of the screen.

Activating these stacks with plates inflicts damage on your opponent.

If you start it with a few stacks with plates – the damage increases, because it’s a combo. 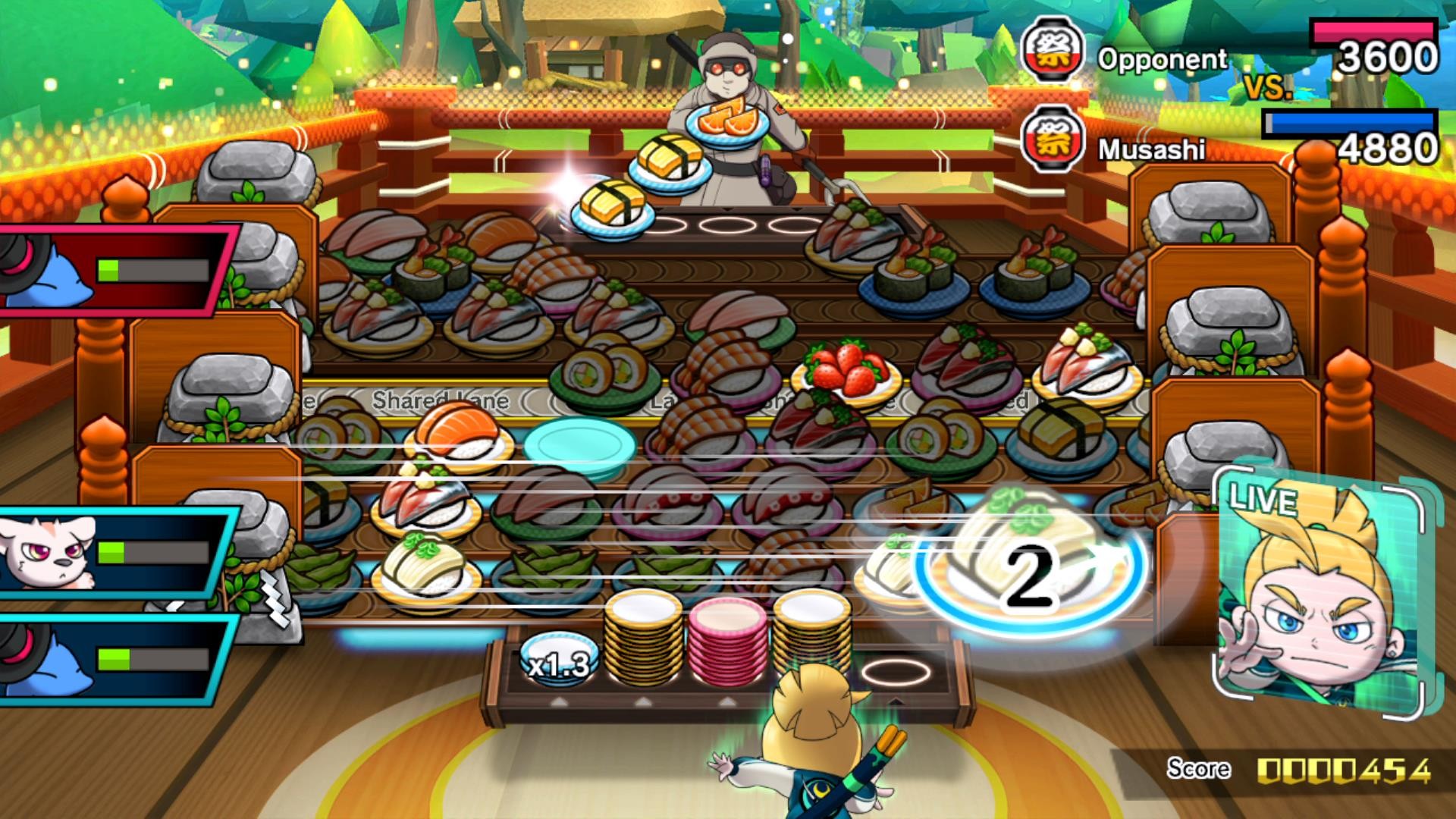 It seems that the mechanics are very simple.

But it deepens at the expense of the terrestrial spirits.

Which we will tame as we pass.

Rather, by 1 special ability in combat, which can change the course of the whole battle.

For example, temporarily freeze the enemy, depriving him of the opportunity to attack.

Or in different ways to increase the attack of your combo-plates.

So the tactical component is also there – you have to use the abilities in time and think about how to get the most benefit from it.

Bleeding spirits, skills, additional abilities,different abilities to fight with different spirits form the gameplay, which does not get bored in one evening.

This is important, because there are more than one hundred fights here.

And if all the mechanics were revealed in the first couple of hours, then one could go through to the end.

But the game really delays, regularly updating the basic capabilities. 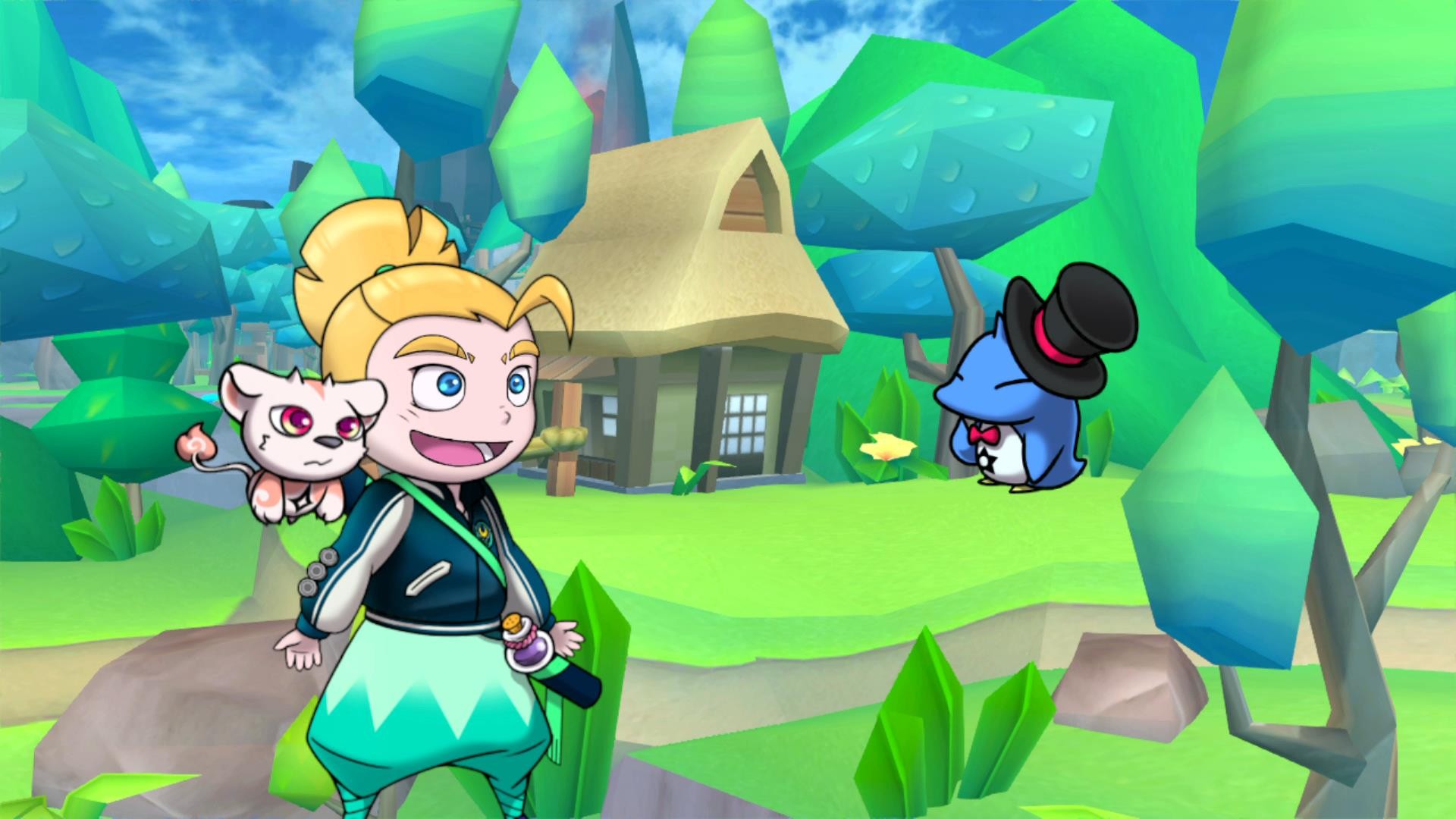 In addition to the story mode, there is also the opportunity to fight with other players in multiplayer.

Local fights in this case are not particularly in demand.

Everything depends on the control system, which shows itself perfectly only when you are sitting with the console in your hands.

In this case, to collect chains from the land and send the plates to the enemies is not difficult – the main thing is to quickly swipe your finger across the screen.

But for the game locally it is necessary to control what is happening already with the gamepad.

And the picture does not get reconstructed and the player who plays for the character on top of the screen will be tritely uncomfortable.

And the gamepad for fast cymbals is not very appropriate.

So a couple of local games kill the root of the desire to continue such exercises for one console.

But in multiplayer this problem is not, although the players are mostly only in prime time.

The picture of the game is excellent, but the picture has a specific feature – the abundance of half-naked men who want to fight the main character.

They do not care if the girl is in front of them, or the boy.

The main thing for them is an endless fight with empty plates.

It clearly conveys both the mood of the interlocutors, and the light madness of what is happening on the screen.

And gives an eye to determine the capabilities of opponents and easily find on the tables in front of the character needed for the new combo series plates.

But there is a feeling that the music is not enough drive. There is no desire to listen to her separately. 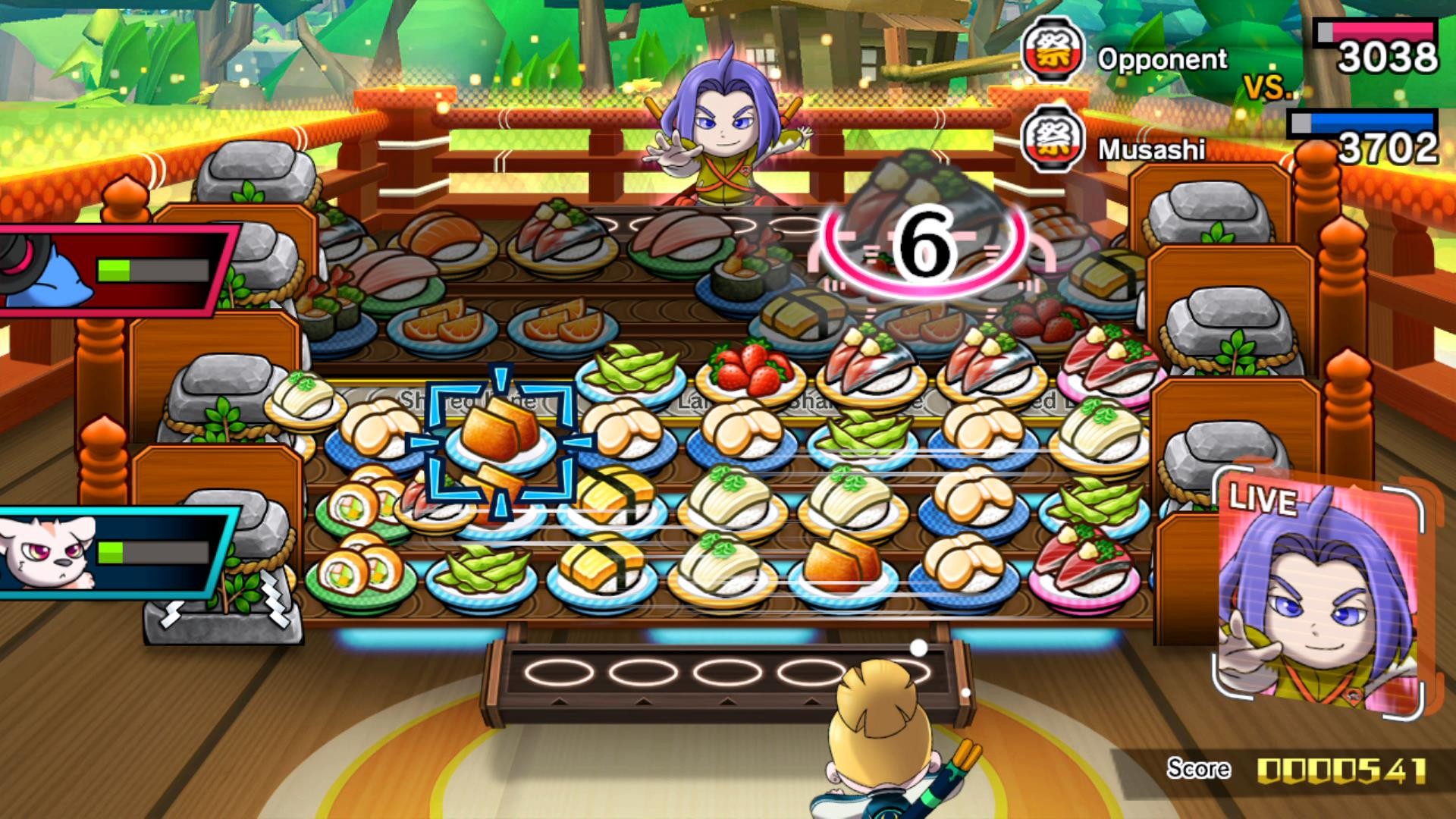 Which is pleasant to play on the road. Or in small portions in the evenings before going to bed.

He does not drag out the plot, but the gameplay.

Overcoming which, it would be desirable to try out at once new skills and knowledge in the following fight.

Therefore, if the setting does not bother you and you are normal to the monotonous gameplay,you will like playing Sushi Striker.

Star Wars
The future of Star Wars in the clutches of Mickey Mouse: From Mandalore to Knights of the Old Republic
Studio Disney so far just starting to develop a franchise “
0 37 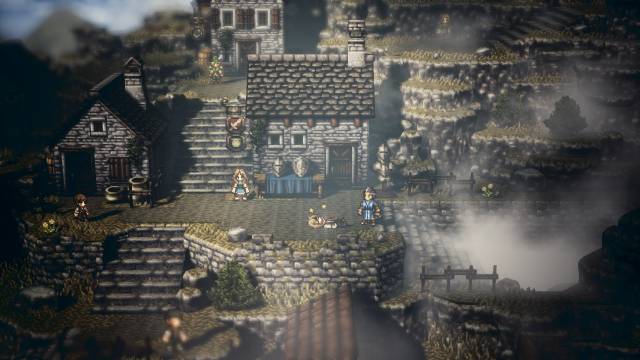 Fresh News
Octopath Traveler, try the first two hours of the new jRPG for Switch
While dealing with illustrations will be Naoki Ikushima
0 42 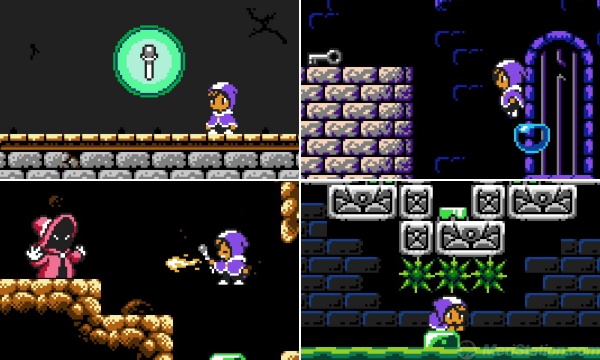 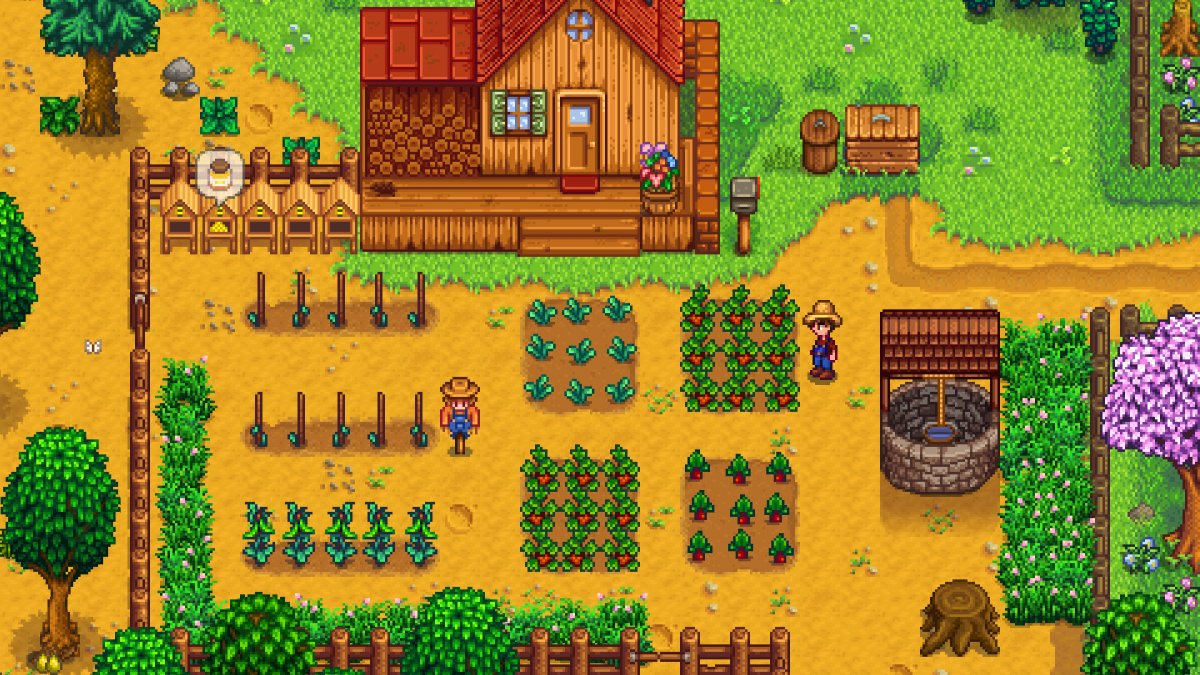 Now Ready to Grab: Sony has updated the PS Store Deal of the Week on PS4 with a nice new discount
Company Sony Interactive Entertainment for the first
00