Community Inc is an interesting village sim that made a few too many tedious design decisions. It has some good ideas, but it all gets bogged down by how much micromanaging is needed to succeed. Never before have so many elf-like creatures caused so much chaos.

Community Inc is a village builder created by tinyBuild Games. The game has some solid ideas, but they all get bogged down by tedious design decisions and way too much micromanaging. I can see the good ideas lurking underneath the muddied mask, but they barely shine through. Still, it can provide some decent entertainment for those who love the genre at a reasonable price.

The game is available now over on Steam.

There really isn’t much of a story to be found here. You are a manager in charge of building a village and you want to build the absolute best village you can in thirty days. Then you sell it for profit. Of course, like any good manager, instead of building the village yourself you just have the hired work do all the manual labor while you pat yourself on the back for your incredible delegation skills.

That’s pretty much all the story. While there are different races, you never actually know anything about them, other than some of them hate each other because of reasons. That’s about as deep as the development of them gets.

The gameplay is obviously the lifeblood of Community Inc which is why it is a shame to say the blood is rather tainted. While the game can be enjoyable, especially for those really into village builders, it just has too many little flaws that hide away the good parts.

One major flaw with the game is just how much micromanaging is involved. You have to keep telling which resources your Lings need to be collecting and it grows tiresome after awhile. It would be much better if I could set it to a preferred item and the Lings would go to the nearest source and begin collecting it so I don’t have to click on every tree and boulder in the area every time I need some wood or stone.

It would also be nice if after every resource you find it you can have to option to highlight the objects so you know what you need. It would make gather specific ingredients, such as cotton, much easier.

It is also incredibly difficult to keep track of your different Lings. Once you get a bunch of them, it can be nearly impossible to tell them apart so you have to look through the spreadsheet and see which Ling you need right now so you can level them up or give them a new job or item. It is incredibly annoying and makes the game feel more like a spreadsheet simulator at times.

This isn’t helped by the fact that the Lings themselves are not very bright. They do almost nothing by themselves and have to constantly be told what to do. When you spawn a Ling, they start out as a builder and you can assign them a number of different jobs, such as farmer, lumber jack, miner, guard, archer, herbalist and more, but they don’t do anything on their own. There is also no point in assigning multiple jobs to a Ling. In order to build certain items, you need your Lings at a certain level in certain professions, so if you Ling is in another profession, then their other ones aren’t gaining experience. it is far better for each Ling to be specialized, which creates the problem of needing a bunch of Lings and having everything harder to manage.

All of this isn’t helped by the fact that you have to keep your Lings happy or they can go berzerk. An unhappy Ling can burn things down, attack other Lings, or just leave altogether. Those happy looking little creatures are actually just murder machines in the making.

None of this is helped by the fact that you have to individually craft everything. If you Lings are unhappy a good way to boost it is food, obviously. When does good food not make a situation better? So you have to make as many clay pots as necessary and gather as much food as necessary and then you can begin to make the different foods. This would be far less tedious if I could just choose what I want to craft and so long as I have the required materials it would craft it. It would save a few steps and make building the village far less tedious, especially on the bigger projects.

All of this is then hurt even more by a tutorial that barely teaches you the bare basics of the game. I like learning by playing, but combined with all the tedious work already mentioned, starting from scratch was always a chore, not a brand new adventure. Especially since the random events that can happen are rarely interesting.

The diplomacy system is a good idea that is poorly integrated. I like having different races around that I can build relationships with through trade, but I don’t like how this always makes someone hate me. It’s either neutral with all, or loved by some and hated by some. For a large chunk of the game, I just ignored them. Oh, you’re being attacked by wolves and you need some weapons? Too bad. That will make someone else mad at me and I’m in no position to gather resources for myself, you, and defend myself from an attack. You are just going to have to be eaten by wolves. That’s really as far as diplomacy goes. You can be at war, at peace, and in a trade agreement which just means they sometimes visit your village and buy stuff from you. It is very simplistic and not very engaging.

All of this combines for a tedious experience. Nothing flows naturally and I feel like a mother picking up after a bunch of unruly children that constantly want to kill each other. Even if the experience is rewarding at times, it still leaves me with a headache at the end of the day.

The graphics of Community Inc are rather mediocre. Nothing looks pretty, just serviceable. It doesn’t help that I could only get around 30 fps no matter which settings I adjusted. It wasn’t capped, as it kept moving around 30 to 40 range, but that isn’t good for simplistic this game looks. However, I did enjoy the little details such as supplies building up around areas where Lings are moving them and the different stages of building. They were nice little touches but doesn’t help the fact that the game is still pretty ugly.

The audio is similar the graphics as it is simply serviceable. Nothing sticks out and the different sound effects are generic and uninteresting. The music is okay, but nothing that is going to stick in your head once you finish playing.

Community Inc is a serviceable little village builder but not much else. It has some good ideas, but it is far too tedious to provide much fun for long. Nothing on the screen is ever eye-popping to hold your attention for long and you spend way too much time in clunky menu screens trying to find what you need. It is clearly a game still in need of some heavy polish to wipe that mud away for good to let the good ideas shine fully. 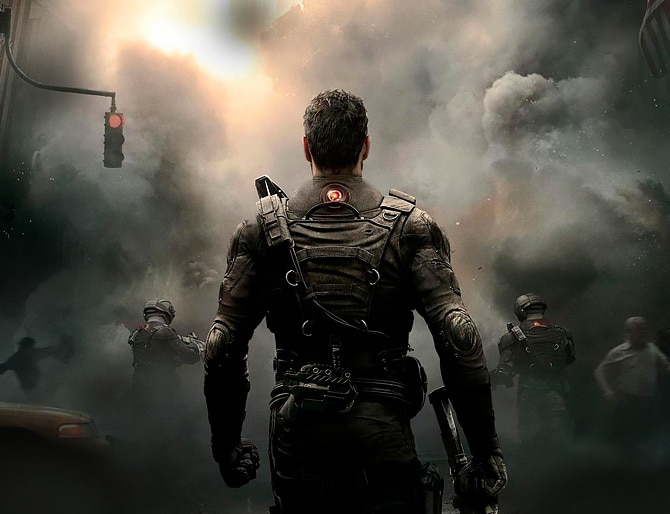