problem, of course, not to change the name and concept. Let me remind you that the original developers planned to add a command to Semyon Strogovu two teammates – agents Viktor Kovalev and Olga searing brunette Godunov-Lopez.

And we would have to switch between three characters to the right places to use their unique abilities. In 2014 the authors made it clear that they decided to limit ourselves to one or two levels of simultaneous game for Strogova, Kovalev and Olga. As a result, in Alekhine’s Gun of such levels is not at all.

And it is right. Given all the difficulties faced by developers and, to put it mildly, a limited budget, they are hardly able to qualitatively implement such a concept.

And in general, everything is quite playable: the role of agent Strogova we pass the mission, where you need someone to remove, steal, steal important documents and so on.

Depending on the quality of transmission, how many times have you raised the alarm, how many were killed, how many corpses were found, give a rating and reputation points.

The latest in breaks between tasks can purchase new equipment, such as a pistol with a silencer and ammunition with a tranquilizer.

Strogoff still just can quietly sneak up behind to strangle the enemy stranglehold or euthanize chloroform, and then change into his costume. If the shoot, at the high complexity to take someone else’s suit will not work.

All united by a common mission story, twisted around the assassination of US President Kennedy (John F. Kennedy) – yes, after World War Semon Strogov not resigned, and at some point, management asked him to help “American friend” from the CIA to disclose insidious conspiracy.

strictly not recommended to kill someone other than your main goals to obtain the maximum rating and reputation points.

Sometimes it is better to remain silent …

But a meaningful look in the eyes of those who decided to release Alekhine’s Gun almost simultaneously with the Hitman , very much like.

It is clear that the new game about the bald assassin also has its problems and shortcomings, but on her background Alekhine’s Gun still looks like a student initiative against the background of a Hollywood blockbuster.

Take the story. Yes, the authors kept their promise and for the first time placed Strogova in space full of history. The scenario was a place and flashbacks, whose action takes place during World War II, and a brand new “American adventure” of our hero – it is, in particular, to visit the country biker club, aboard the USS Essex, a secret American bunker.

But here’s how this story is set … Cheap and why something incredibly stretched painted screen, as well as an abundance of cliches about the fact that the spy should not trust anybody, about deceit and betrayal, about former Nazis who have found a new home – it’s not so bad.

It finishes dealing absolutely terrible sounding. Apparently, the developers have made it – absolutely expressionless voices in broken English and with a dreadful accent. Plus constant grammatical errors in the texts. As a result of all this is more like a parody than the harsh espionage drama.

himself gameplay and stealth mechanics in Alekhine’s Gun also lose the last Hitmanin a variety of capacities. Yes, there is a large, well detailed maps, where every goal is always allowed to eliminate a variety of ways. But it usually comes down to the obvious options – either to go ahead or to change / poison / kill a shock. In some cases, it can be mixed into a drink sleeping pills or something worse, to cause an attack of diarrhea and lure someone to the toilet.

Some weapons can be modified.

Semen must have been strictly before the electrician: with equal pleasure, he adjusts the accidents with the use of electricity and for the German doctor and the German scientist, and for the visitor of the American biker club, I love to play the electric guitar. Someone else can kill the air shot, but really unusual and interesting options for addressing the goals here a bit.

In the new game Simon knows how to deftly climb the parapets and balconies, cutting down opponents in close combat, stifle sleeping bag and hide behind cover. And he can eliminate or off lights, use a special mode of view, the highlight critical for the passage of the objects and characters, and even simulate some activities, for example in the form of guards stand at the door and strictly look around. But here’s the throw objects to distract or, conversely, to lure guards, strictly somehow forgotten how. The possibility of hiding the body is also limited compared to Hitman – more often we have to just put the corpses in some cubbyhole. Themselves to hide in closets and drawers can not.

There are problems with the design of some of the cards – they look artificially inflated and empty, as if the authors would like to implement here something interesting, but their unfinished. At the same time here you will not hear any interesting conversations between NPC – as a rule, they only voiced phrases, allusions to the possibility to lure the target to the phone, to bring her poisoned food, and so on. 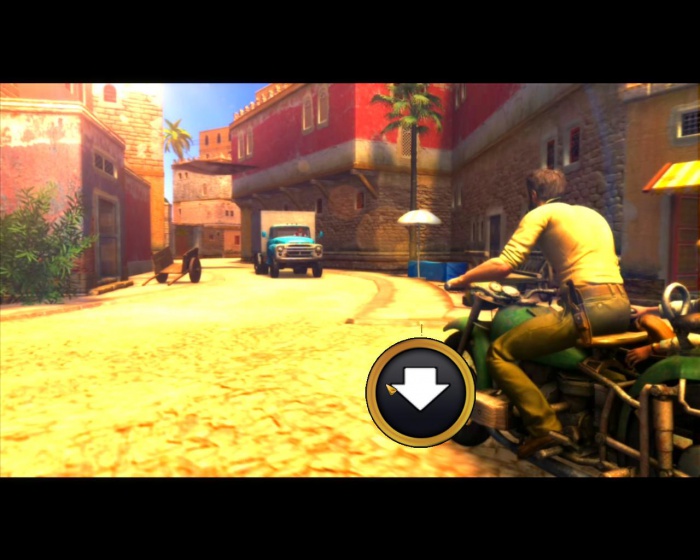