quad mode is already more understandable, though only four players are forced to take the usual known, all those heroes who can stand as Roadhog, Soldier-76, and also Tracer that can recover life points and, in general, escape a lot easily and very annoying.

But the way everyone against everyone is all but fun. Some might argue that, being an Arcade mode, it is by its nature a pleasant diversion to be interfered with the most “important” games. True, but the fact is that the other diversions included in this list have all but a well-eradicated structure.

Even the odious Lucioball (sorry, not really support) is a very cautious way in detail, so much so that his return was called out loud, and in this second edition of the summer games he also returned in classified mode.The single deathmatch, however, shows its weak sides immediately. First of all, in a game in which the “character” is a very important concept, you find yourself eliminating some of the papable. To say, what can a Zenyatta do in a deathmatch?

A player with overwhelming reflexes is a handful of kills if he even takes them home, using the Globes of Discordia at the right time, but just a McCree with the usual grenade combo + right button, or a soldier downloading bullets + Helix missile and ending the fun.

But also Mercy, Bastion, and those tanks that can not do much damage like Winston, all the characters nobody would ever dream of ever taking a deathmatch. So, the matches fill all attack heroes, a couple of tanks,

To say, the Elimination mode is already smarter, and much more fun. The respawn is not there until the next turn, and you can not resume the same hero with which you have already won a round.

In this mode comes out the spirit of Overwatch , and we’re always talking about Arcade games. You have to predict what others will take, mind local about the remaining heroes, as well as economy on the characters to choose from in turn, to keep the combo with the best characters for the grand finale.

Honestly, I would not know how to introduce deathmatch in a title like Overwatch. I would not introduce it as an Arcade, but since it has to be done, I would have relegated it to the team version only because it was closer to the original spirit of the game. I no longer recognize you The second reason is more “philosophical” if we want, perhaps more questionable and less comprehensible. I do not like the idea of Overwatch

, a shooter that, as mentioned, originates from different assumptions than usual, finds itself having to follow the logic that initially wanted to avoid at all costs. Of course, I do not know how many players really like the inclusion of deathmatch, but I have the prospect that there is a good part of it.

It is the skeleton of the genre of shooters, with which fans have grown over the years, and it is undeniable the call for killing over the goal to be accomplished by collaborating. Far from making this type of match, but it is also the easiest way to approach because they are good reflections and so much skill, and that’s enough.

This story reminds me a bit of the first Titanfall , another title that wanted to disguise some of the modern shooter’s preconceptions (and it’s great) with its fast and punitive gameplay, along with the cumbersome presence of titans. 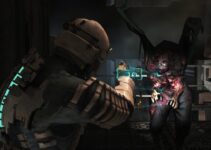