A University of Chicago student named Stephanie claimed that Riot Games illegally used her appearance to create Seraphine, the new heroine of League of Legends. The company denied these allegations and clarified that the character’s image is collective and not based on a specific person.

On November 12, Stephanie wrote a large post on the Medium platform, where she explained the reasons for her suspicions. According to the girl, in 2019, she had a short relationship with an employee of Riot Games, who could borrow her name (in the original – Stephanie) and appearance to create Seraphine. He discussed the idea of ​​a personal skin with her several times, and also showed sketches and works of the studio illustrators, in which Stephanie was portrayed as Ahri and other League of Legends heroes.

Stephanie claims that her communication with the Riot Games employee lasted for several months and was mostly remote. They played League of Legends together, discussed the game and the characters. They had only a few face-to-face meetings, including a tour of the company’s headquarters personally arranged for Stephanie. Soon after that, the girl decided to stop communicating with the young man, as their relationship “developed faster than she wanted.” In response, a Riot employee blocked her on all social networks.

When Riot Games started teasing Seraphine and tweeting on her behalf, Stephanie was surprised by the heroine’s appearance. She believes that the character’s image is based on her personal photos taken while she was talking with an employee of Riot Games. Stephanie posted them on a blog for readers to appreciate the similarities.

Stephanie also recalled how her former acquaintance has repeatedly hinted that he has an impact on the group K / DA. In 2019, he promised that it was on Stephanie’s birthday that a new secret of the virtual girl band would be revealed. As a result, it was on this day that a post appeared on Seraphine’s official Twitter that she would perform with the group.

Stephanie explained that such a strange coincidence and resemblance to Seraphine was a moral blow to her.

Riot Games has released an official statement regarding Stephanie’s post, but the developer’s comment did little to clarify the situation. At first, they stated that the specified employee, with whom the girl was in a relationship, left the company back in 2019 and could not influence the creation of Seraphine. The company also stated that it did not use the appearance of real people for its heroine, although it later indicated that the image was partially copied from Riot Whiskies, the company’s online store manager. Stephanie said that with such statements Riot Games contradicts itself.

If you look at the incident from a legal point of view, then this case can be viewed as a violation of the right to publicity or the exploitation of an image for financial gain. According to Michigan State University law professor Brian Cult, such lawsuits are often filed by celebrities when some companies illegally use their appearance for advertising. In this case, Riot Games makes a profit by selling a skin for Seraphine. 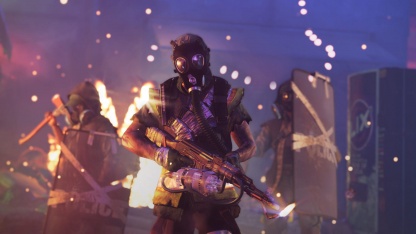 Xbox
Tomorrow, the creators of The Division & nbsp; 2 talk about the future of the game
Developers tomorrow The division 2 promise talk about
0 42

New Game Release
“We hope for your understanding” – Biomutant has not been canceled, but developers still can’t give an exact release date
Swedish studio developers 101 experiment published
0 50

Fresh News
“M.2 drives can handle this even better than consoles”: Interview with MY.GAMES technical guide about Unreal Engine 5, SSD and PS5
After showing a new Unreal engine 5 and first details
0 30
Notice: Undefined index: integration_type in /var/www/www-root/data/www/freemmorpg.top/wp-content/uploads/.sape/sape.php on line 2008