Like any detective story, where you have to reconstruct the events of the past, to get to the truth, Maize begins with porridge in the head.

Why hero woke up in the middle of a corn field between the farm, silos and the entrance to the bunker, who guessed partition off moves in the bush boxes out of oranges and why to report that pressing the Q key – absolutely useless? As if anyone would depress her. Well, maybe once or twice for verification. But what if? “Peck on the Q as much as necessary – it’s still useless”, – says the game carefully.

Usually such jokes drape creative impotence: you know, overly intricate plot with hints do not know what, deliberately complexity; gameplay to suffer longer with him … Fortunately, Maize honest with the player in all its manifestations, including the script. Anecdote about two scientists, mistakenly created intelligences corn, gradually shifts the emphasis on the relationship between the academic tandem. But his life and work are depicted not directly, but indirectly – through the portraits on the walls, details of everyday life and the hilarious controversy in the notes.

First Michurinist, Bob McTavish, narcissistic, eccentric and somewhat resembles the US president Donald Trump(Donald Trump). By his titles and honors he would add “Esquire”, wants to transform a secret project in the amusement park, and sometimes shamelessly squandering budget: how do you fire escape plan by cubist painter?

But a colleague Bob, Ted, focused on work and completely devoid of a sense of humor, so that both characters themselves form a curious pair. Besides wandering to the places of their scientific fame, the hero must understand that there is going on and when it experiments on breeding corn turned into raving addict.

To warm up the excitement, the Finish Line Games is continually discouraged by other actors and situations. Here walking on the cob argue about life, that’s their queen asks you for help through the ventilation grille and the underground laboratory opens his mouth Russian toy robot bear named Vladdi. Be sure of the number of cords of the adjectives “dull” and “American” you will not hear on any concert Mikhail Zadornov.

To hero Vladdi drawn only as stupid idiot, and all his actions commented with sarcasm worthy of a better cause.

“You’re going too much stupid stuff,” “Stupid American trash never works as it should,” “to himself climb, stupid idiot, but I’ll wait when you go wrong” – this is only part of his remarks, but even they are sufficient to understand that a partner from a bear – so yourself. However some puzzles without Vladdi not solve.

Let As the story Maize complicated topographically – say, a ship with a cornfield in the underground bunker to leapfrog rooms, corridors and pipes of a nuclear reactor – it does not affect the complexity of the tasks. I understand what they are mechanically stuffing equipment all in a row, to apply if not collected by the mind, then by a trivial brute force.

That both bad and good. On the one hand, seasoned web quests fans, able to combine incongruous and solve nerazgadyvaemoe, risk disappointed – serious they call from Maize

They do not get it. When, in response to actuation of the vast mechanism appears the inscription: “Perhaps you have just made something important,” it should agree that lightly. On the other hand, because of the humor and the simplicity of the game will surely enjoy for beginners who are just acquainted with the genre.

Of course, from time to time is going on here is absurd, but at the same time the game internally logical: every object can be used only once, for all will be found its place. That is, do not ask why you tracksuit and sweat-soaked bandage for the head or gives corn oil-filled sink.

Just do everything with objects that they are allowed to do – you can not go wrong here, and highlighted the importance of the contour.

Orange Box, which initially irritate as much as ever hamyang county and creaking joints bear, help prevent attacks topographical cretinism, and indeed Vladdi relieves boredom. It is better to grunt Russian robot than gloomy ambient, which cat scratching on the soul and it seems that we are about to start jumping out of the darkness to scare ghosts. 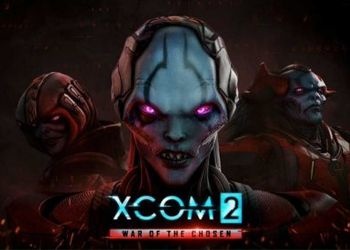