You run in the middle of the night aimlessly. You just want to escape, flee from a terrible prehistoric predator that never tires, that does not stop in its effort to become a delicious snack. And when you thought you had left it behind, a Dilophosaurus appears, that strange dinosaur with the ability to spit a poison capable of blinding its prey, which puts fear back into your body. “

I am going to die”, you repeat again and again; “Everything is lost, I have no strength to run.” What happens, and much, in the challenging world of ARK: Survival Evolved , one of the most popular survival adventures of recent years in which death

is a faithful companion for travel, but there is also room for miracles. When everything seems lost other playersthey can enter the scene, finish off your enemies, heal your wounds, equip you with better weapons or, simply, accompany you in your tragic end so that at least your death has a certain aura of romanticism; that is not nonsense.

It’s what I like most about this video game developed by Studio Wildcard . Your ability to create from nothing the great adventures, exciting stories of fiction that you die of desire to tell your acquaintances. Survive the attack of a T-Rex in the worst imaginable conditions, tame a Pterodactyl to sail the skies with this winged beast, conquer the base of other players or simply cultiv

ate your own food! There seems to be no limits in an adventure that possesses an amazing ability to surprise with new challenges even when, in essence, it is tremendously faithful to the canons of the genre. You collect resources, first with your hands, then with more and more elaborate tools that you design using some recipes, known here as Engramas, that you unl

ock with the experience points that you gain when leveling … and along the way you fight, you build and explore a world dominated by dinosaurs. A long, expensive process, but one that knows how to reward you with extraordinary play situations.

The world is mine!

There is nothing like riding a T-Rex equipped with laser cannons while shooting right and left without anyone being able to do anything to stop your bloody outburst of rage. From calm to absolute chaos there is only one step in the crazy world of ARK: Survival Evolved, and it’s something that I love. To run into other playersWithout knowing exactly w

hat they want, if they come for you or simply wish to collaborate to survive, it is an agonizingly delicious sensation. Okay sometimes you can cross with hoodwinkers, people who enjoy showing the world their stupidity, but in general, the Studio Wildcard video game knows how to motivate you to explore their inhospitable lands with the illusion of a child; with the illusion of that able to marvel at the simple image of a dinosaur. And in this sense the game is great. 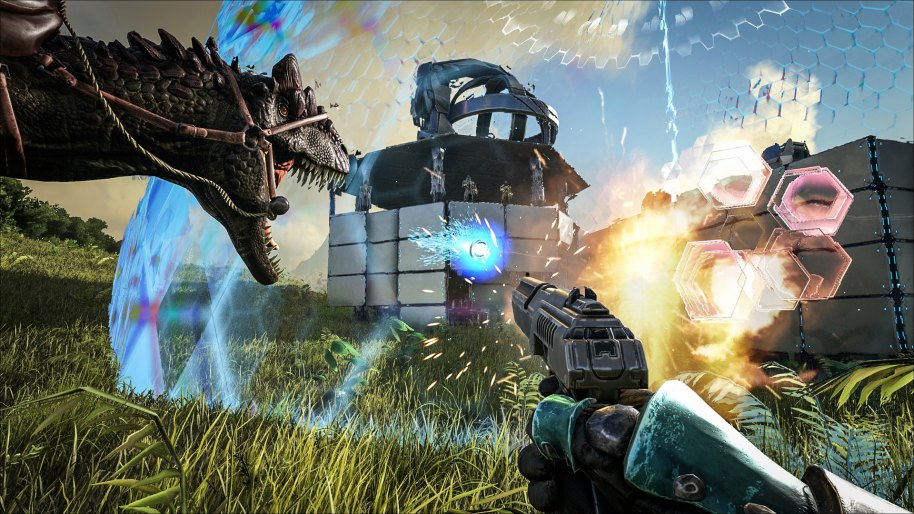 Protecting your bastion is essential. Dinosaurs are not the only threat! Other players can go in your search, creating exciting game situations.

It’s fantastic how the behavior of creatures has been recreatedthat swarm through the islands to the point that you feel them real, living beings that are often worth killing. But you have to do it. Basically because you need your meat to feed yourself and your skin to create some of the most important video game tools. So, really, in ARK you act like a real survivor; som

eone forced to do anything to stay on earth one more day. It is not always easy, and the game does not do much to make things easier in the sense that their tutorials are a bit lacking in details. In the end, which is the usual in this kind of games, you turn to the Internet, to the guides of other adventurers to discover how to manufacture certain objects or where to extract specific raw materials. 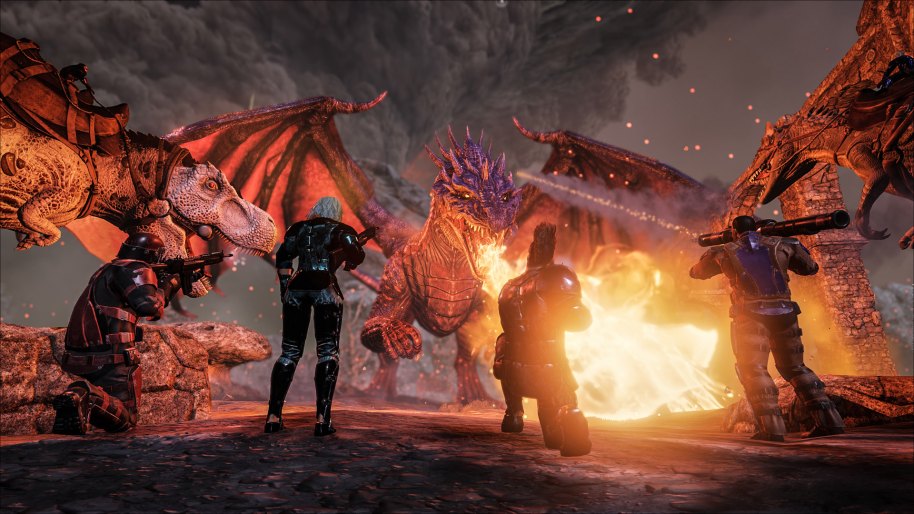 To what extent is the change noticed? There are still certain performance problems especially in consoles, where in the maps with the highest graphic load the game suffers at times notorious slowdowns; but it is left to play and in the case of the PC, with mid-range equipment, you can enjoy its action with a good level of detail. It is a great progress considering how hard it was to explore the world of ARK: Survival Evolved in its origins. Unfortunately I have also met with so

me other error that disfigures the final result. One of the funniest, but at the same time annoying, has to do with the weather. In this adventure you need to eat, drink, regain strength … but also protect yourself from the cold or refresh yourself if the heat lashes with force. What’s up? That there are times when you go from the deadly cold to a hellish heat moving only a c
ouple of meters, which does not make any sense. There are also textures that take time to load, options that do not work as they should, and animals that will act strangely, attacking our structures without control, or blocking themselves with elements of the scenario as if that were the case. It is still a long time before the game shows its best side and this is something that not everyone will tolerate willingly. 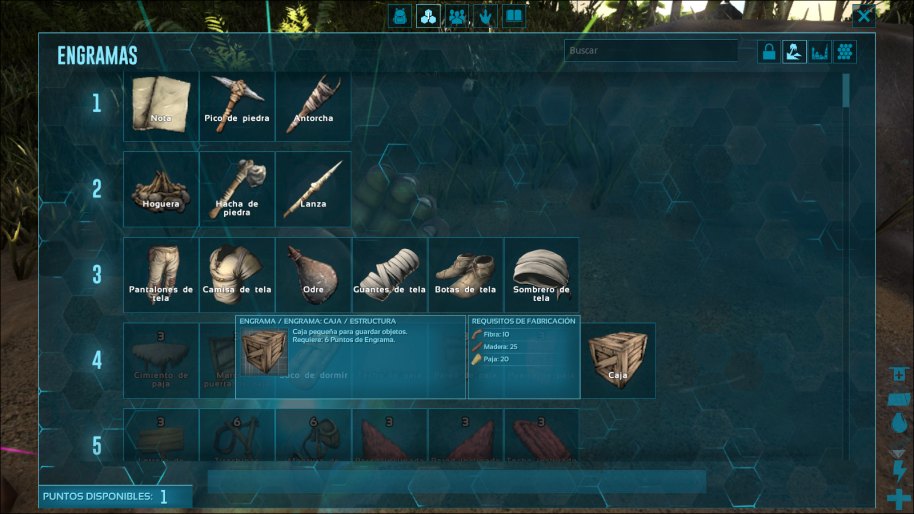 In addition to enhancing the physical attributes of your survivor, you must decide what recipes you learn. There are so many, that his thing is to cooperate with other players to have it all.

The control system in consoles, and the user interface itself, does not finish convincing me either. It is not that it is played badly and, perhaps, the habit of enjoying it with keyboard and mouse has made walking on the backs of some dinosaurs not as int

uitive an experience as I expected. Neither perform some actions or manage inventory items. Question of practice It’s a maxim in ARK: Survival Evolved. At first it may be difficult to survive, that the dinosaurs, however small, end up making us dust, but in the end you learn, you evolve, and you get to defend yourself better from all these threats. It is, as I said before, what I like most about the videogame. The feeling of adventure, of being lost in a wonderful world where everything is possible. You can enjoy the experience alone, or form a tribe with other players and let the imagination fly by bu

ilding imposing bastions, exploring the deep sea, sailing the skies, or domesticating dinosaurs while creating an arsenal of futuristic weapons and let yourself be seduced by a story that , although it does not have a primordial weight in the action, if it raises enigmas of the most interesting translated into Spanish, with challenges designed for a single player that include the fight against dangerous jefazos and a frankly attractive final dungeon. 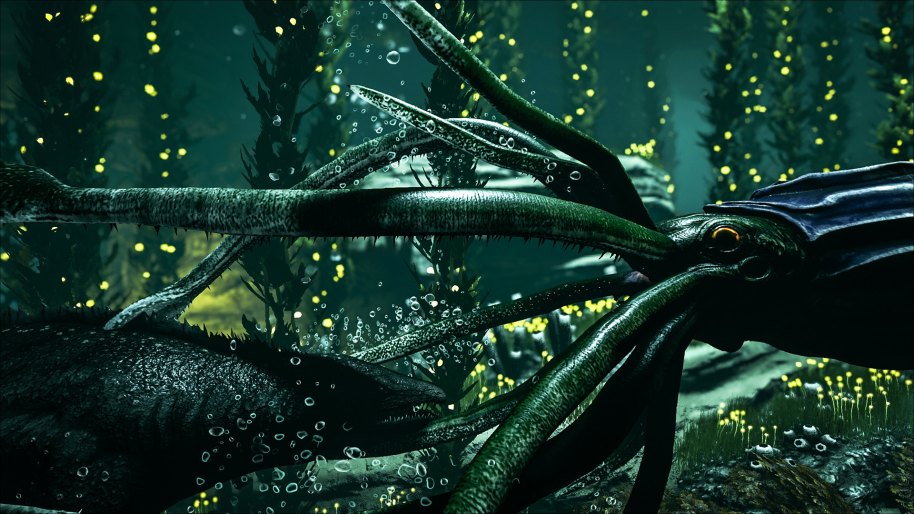 Fresh News
Note to World of Tanks fans: Blitz Regional Cup has started with a total prize pool of $ 200,000
Company Wargaming recalled that already this Friday
0 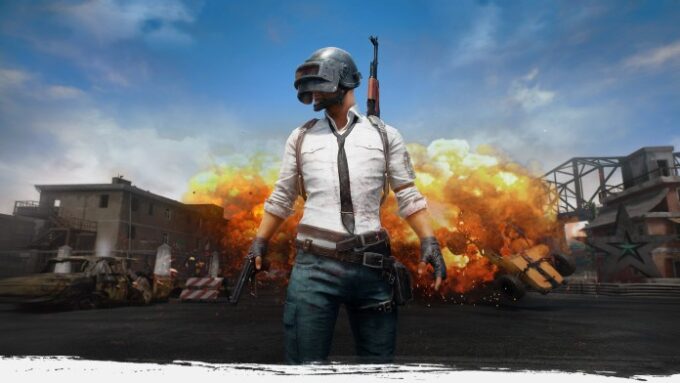 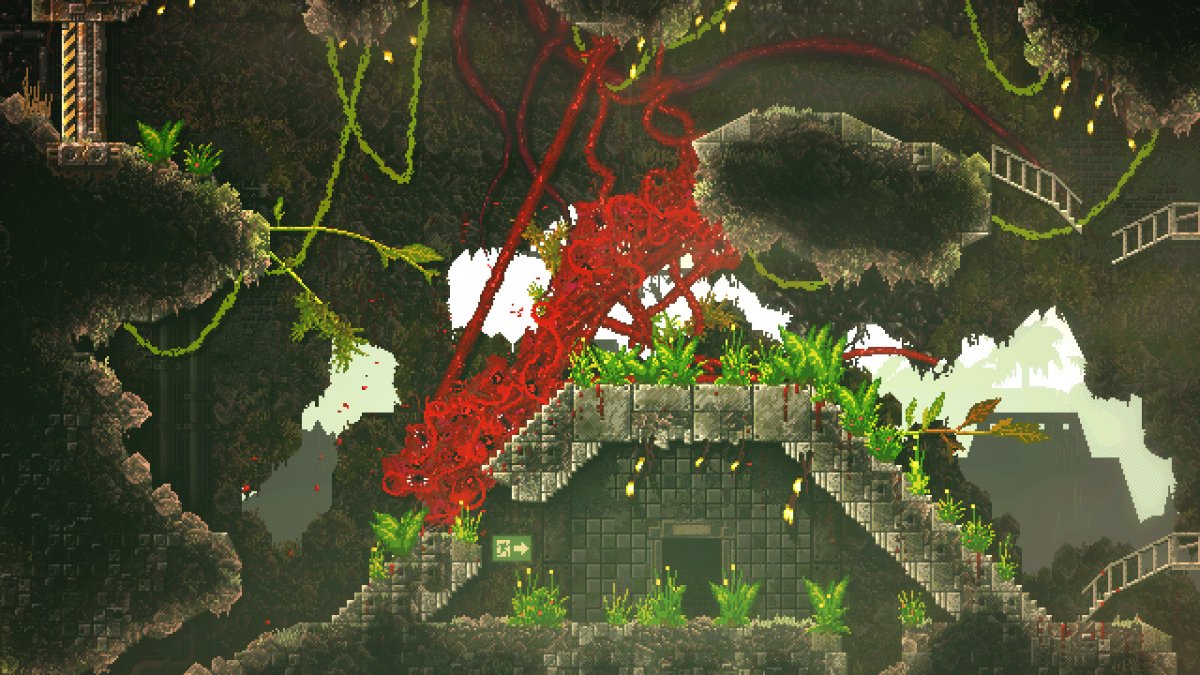 Apple and Samsung, move over: Xiaomi wants to take first place in the smartphone market in 2021
Company Xiaomi intends to capture a significant share
00