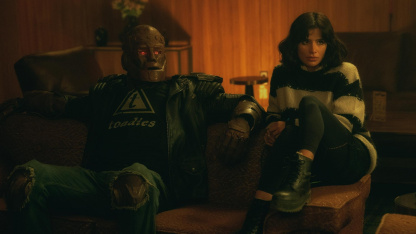 The trailer for the third season appeared on the network “Doom Patrol” based on DC comics, which tells about a group of losers heroes.
After the events of last season, the characters will face a new series of dangers. One of them is connected with a certain threat, about which a traveler from the future warns them. Others, in the face of new supervillains, are already relevant now.
However, external problems will not be the only ones, because Cliff, Jane and others are again forced to struggle with their own sins.
The third season will premiere on September 23rd.
More on review
The long-awaited Impostor Factory from the creator of To the Moon will be released on September 30
Animated adaptation of Injustice will be released on October 19
A fan has released an awesome video for Hollow Knight: Silksong with plasticine animation