Skip to content
9th of September Call of Duty Black Ops Cold War and Warzone will receive an update “Reboot”, which will include a lot of different content.

A new mode “Sabotage” and an updated map will appear in the multiplayer game Zoowhere teams of up to six people each can clash. And from September 21, a major event will begin “With numbers”…

Warzone will acquire a mode “Skirmish”, within which teams of 50 people face each other on the map. As part of this mode, players get to certain places in Verdansk, where they have to fight the enemy for 500 prize points.

There will also be a mode “Check with iron”where the battle conditions will become even more difficult. The authors themselves call this mode the most demanding on the player for the entire existence of Verdansk.

For “Zombie” will introduce a new region and world event, and a new performer will also appear in the game Hudson, as well as new sets, among which there will be a skin Judges Dredd… And in honor of the upcoming Oktoberfest, the bullets will temporarily turn into glasses of beer. 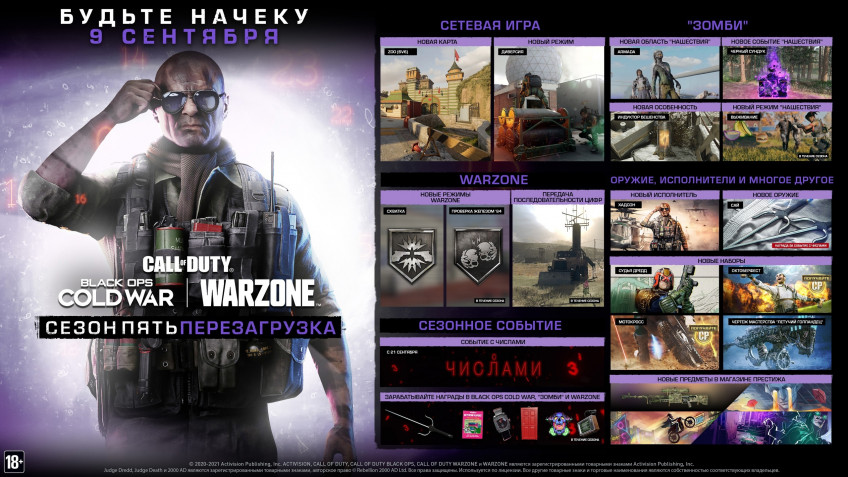