Creative Assembly continues to delight all fans of the fantasy universe of Warhammer new games, and the continuation of the already successful project launches of Total War: WARHAMMER II of .

A new strategic game with the epic battles, confrontations, and perennial favorite fans units. Although, in my opinion, the potential of the previous part was not fully disclosed via DLC, we are not interested in this project was not – in the end to show war as do the authors of the series Total War, no one has learned.

A new game – it’s not just DLC with additional races, but also the global work on the bugs, and add additional mechanical features, which give the right to receive the number 2 in the title.

In this case, the developers decided not to do the obvious processing of the first part, and made a separate project that is not a successor to Total War: WARHAMMER, but rather its alternative. All similar, but with very different characters and elsewhere.

At first, it certainly did not think about it. The game offers the opportunity to fight against the computer in a large epic campaign, and given a choice of as many as 8 characters, each of which is different is going to win and pursues its objectives on a global scale. 4 races available, so each of them took on the 2 characters.

One is necessarily “easy” can get acquainted with the peculiarities of the race and learn more about it, as well as to each of these “primary” hero comes tutorial campaign, telling and fingers showing the basics of the gameplay for all those who do with a series of Total War do not know.

The second four characters are already designed for those who knows how to play and looking for a real chellenzh – yes, take them much more difficult campaign, but also more interesting at times.

Only 4 races, and that High Elves, Dark Elves, Skaven and Lizardmen. I’m writing English names, because they used to them over the years the collection of miniatures of Warhammer.

I think, like many of you. The most interesting and expected were, of course, Skaven, rat army, which often looks like the battle on the moving and live weight, crushing opponents. But I personally like best about the Lizards, which are largely used attributiki Indian tribes of America.

Their pyramid, rituals, unusual approach to problem solving – all tried to bring to the game, adding unique features like the energy of the “web”, which weaves a city of this race together.

To study the characteristics of each of the races presented very interesting, and therefore all 8 different campaigns with pleasure traversed more than once. Your actions shape what is happening, and it is possible to pass the storyline and multiplayer mode, which gives a lot of pleasure in itself. Regardless of the chosen side and character you will get a unique experience, so I recommend after the start of the game to take the time to look for multiplayer battles and primarily play by examining not only the fighting tactics of each side, but also ENT associated with each of these events and performing quests. It was very interesting and far more addictive than the first part, the occupation.

But if you go to battle in the game that are available in the format of plot battles, and as custom multiplayer battles as it is found that only 4 races – is not very much. And you are in quest format battle are fighting against Dwarf’ov and against Undear-armies, and against Chaos’a, but to choose one of these parties for themselves do not provide. And that is why I said at the beginning that we face an alternative to the first part, but not its complete replacement – if you want to play for the side that is not part of this game, you have to be the owners of the two parts of the game with DLC, which opened additional races. However, in a press release that did not work – you need to wait for updates.

Tactical mode, the basis of multiplayer battles, and the main way to solve the conflict is presented in the best possible way. The battle became even bigger than they were in the first part, although it seems that it is almost impossible. A huge amount of detailed units on the screen bad feeling and the feelings, not even so much load on the system as the previous time. Of course, you still need a good PC, so you can put all the settings at maximum and make epic battle huge armies somewhere in the woods, but the exorbitant power game does not require. If the first part of your PC to cope, then the new problems will arise.

Several surprised colors, which is due to what is happening on the screen. We’re looking more at “elf” side of the conflict, which is good races and High Elves Lizardmen as a basis, but the strange looks when you’re playing for the Dark Elves, and, especially, Skaven. To them I would like to darker music and battles are not in the “bright” the scenery, while in the mountains, or urban slums. But we are closed to certain limits and, therefore, at least part of the campaign The End Times passes in front of our eyes, hardcore fans of “rats” may be left disappointed. 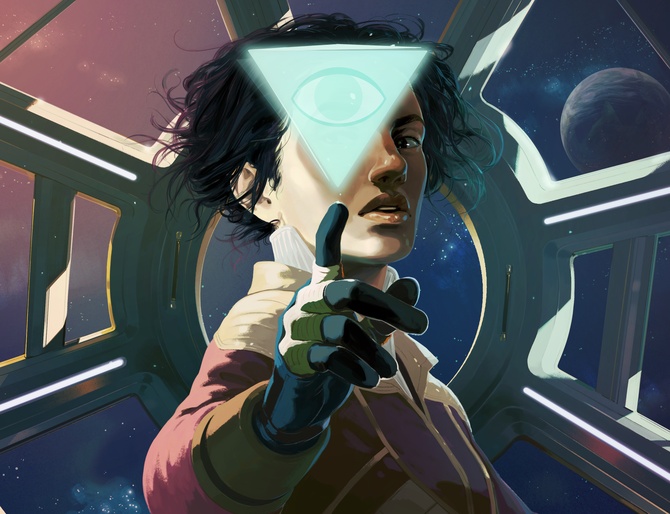