n the last few years game developers have grabbed many genres and mixed them together, creating their own masterpieces. There are through lines in most games nowadays, specifically in the indie scene where a lot of developers are making 2D platforming Metroid-inspired randomly generated games with Dark Souls-like mechanics (I bet a few just popped into your mind). Sundered has all of these gameplay mechanics but its take on and use of them are quiet different than most on the market. The result is a heavy assault on all the senses (except smell!), difficult, intuitive and stylistically abrasive with gorgeous hand-drawn graphics and simple yet effective story telling.

Sundered is an Eldritch horror story set way into the future where rival factions the Valkyries and Eschatons have been fighting over a mysterious stone called the Trapezohedron. Many years after this conflict the main character Eshe is trapped in a labyrinth full of the horrors and the Trapezohedron itself, caught in a constant struggle between sanity and falling into corrupted darkness.

The game is running on all cylinders at every moment. There are times where an area will give a moment of bliss to the player, but those are rare within the hectic pace and fighting for survival. Swarms of enemies will attack at a moment’s notice; Eshe, equipped with an axe and some mysterious magical powers, can dispatch them, of course… but it might take a while. There are situations when the screen is full of enemies, every inch of the floor is covered and lasers shoot across the room. It’s hectic,  but it’s also fun. The gameplay can feel like a bullet hell shooter mixed with a brawler, but then in the heat of the battle, player decisions matter immensely. Death is a recurring theme in Sundered, which isn’t a surprise given the type of game it is. When Eshe re-spawns returns to the room with the Trapezohedron, who allows her to choose her path down an allotted (and massive) character tree. There is tons of room for mixing and matching upgrades, giving a sense of player freedom that a lot of 2D Metroidvanias are missing. Alongside the character build, Eshe finds crystals that will level up other abilities that she finds during her adventure, but there’s a catch: The crystal will give her a super bad ass power, but  will also slowly start to corrupt her as well. There are many crystals to find to corrupt your abilities, which will drastically change the immediate gameplay and even the game’s ending, of which there are multiple according to how you play.

I think Sundered is a very neat game, but the feature that I find the most exciting is the way it approaches level creation. It’s part randomly generated and part pre-constructed levels, so as you adventure through the game there are areas that will stay the same and then there are spots that will be randomly generated in-between these areas. It makes for a more solid experience, in my opinion. In other similar concepts I find myself caring a lot less about where I am, what I’m doing and what the story is saying. Then on the flip side with constructed areas you can argue that they’re boring because they never change, which would be especially evident in a game like Sundered where you’ll be dying a whole lot. Thunder Lotus Games have found a great middle point, giving you a solid level design experience but also unpredictability as well so you never know what to expect every time you enter a new room.

This year has been a really solid year for 2D randomly generated adventure games. With the releases of Flinthook and Dead Cells I finally feel like the genre is taking steps into a new direction, albeit at a snail’s pace — except for Sundered. It has taken the genre and pushed it head first into the unknown, literally and figuratively. The love that went into the game is apparent from the hand drawn graphics all the way down to the materials they sent out to press (a really cool game guide with a bunch of art in it). The team at Thunder Lotus Games have released a very solid, gorgeous and fun game that fans of the genre should definitely check out, and may even be a good start place for someone new to the genre as well.

This review is based on a retail Steam code sent to SideQuesting by the publisher. 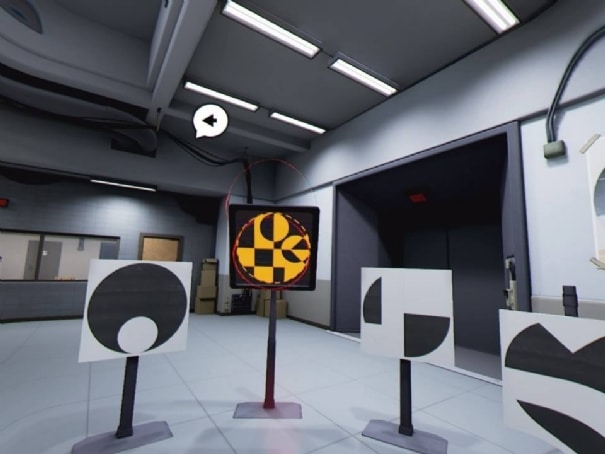