Stories from the other world
The protagonist of this story halfway between the fairy and the fantastic is a kid who wants to escape the monotony induced by a condition he did not choose and should never belong to the age of youth.
To fulfill this will, therefore, comes into contact with the other patients, both young and old, becoming acquainted with their most intimate tribulations and their past lives. And to get to the bottom he asks his mother to take him to the fantasy world of his favorite book, so ask the Guardian of the Forest to meet his only wish.
Within this parallel world there are strange creatures that are actually the avatars of the characters who are in the hospital, here free to run for the gaming world without the chains of the disease that force them to a life of captivity. The unnamed boy will then discover their stories, their personalities, memories of youth and the reasons why the real world has given them a fake destiny. Until you get to the final, which you will see after about 10-12 hours of play.
To surprise, besides the quality of the narration, is the intensity of the tale and its methodical construction, able to give the characters a great deal, while dramatic moments alternate with other carefree and trivial, never squandering the weave of the plot.
Through the dense dialogues of the characters, issues such as loneliness and exclusion, addiction, remorse and the consequences of the disease are touched; more generally, is a work that focuses on the value of friendship, life, and the inevitability of death.
In Rakuen you will find an irascible man who complains of never receiving visits, a coma-like young woman whose husband has never left him for months, a little girl who has never been able to say goodbye to her friend after being severely ill, together to a series of characters that will show you their interiority in the real world, where the remaining hopes must clash with the bitter reality, both in the alternate and fairy-tale, a non-place made of memories impersonated by puffy creatures and in harmony with the nature.
Antiquity and modernity serving the storytelling
From Rakuen we should not expect in any way a structure of classical RPG that includes inside fighting, a growth of the characters and their skill system; on the contrary, it is a work packaged with love and dedication, as simple as any title developed with RPG Maker.
In Rakuen, you will need to talk to other characters, follow their demands, explore scenarios, examine objects scattered around the setting, and interact with some sensitive points. Basically, the game created by Laura Shigihara will not require you any other actions.
Nevertheless, there are mini dungeons, simple puzzles, similar sections to the escape rooms and the mysteries to be solved through the dialogues and the quests that come out of them. There are also non-essential secondary activities to complete the game, which is why you will be asked if you are ready or if you prefer to continue your dimensional journey between the hospital injured by a kind of calamity and before going to the final scene the island populated by Leebles and other creatures.
Collecting objects means building and fortifying one’s own friendships, helping others overcome their unresolved issues and creating a psychological connection where trust will prove to be the best of rewards.
All this, if opposed to the gratifications of other modern games, it may seem like a bad spot or a feature that best suits a public of children; in fact, this is a noble achievement achieved by storytellingRakuen , able to capture you with its delicacy and its narrative consistency.
So you will understand how much this  is an essential and no frills game, strongly story-driven and limited by the modesty of the means available. Yet it’s okay, because Rakuen does not want to do anything more than tell you a special and intense story, influenced by Japanese mythology, the childhood culture andMiyazaki’s Enchanted City . 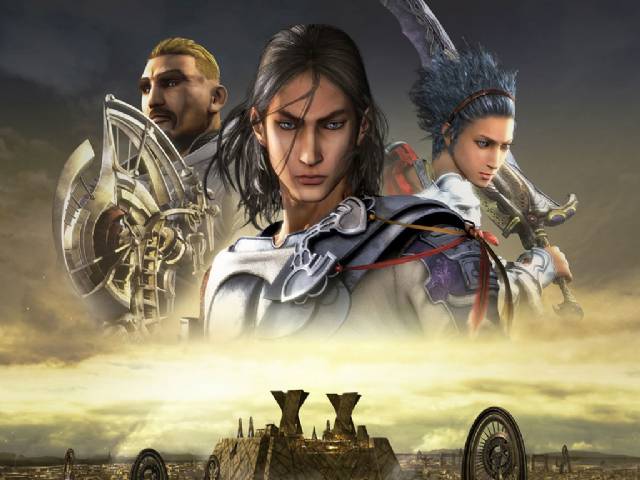