Masquerada: Songs and Shadows – party tactical RPG, inspired by the history and culture of the Italian Renaissance.

The authors have come up with a very rich, detail crafted world, similar to the device of a Florentine or Venetian society – many guilds, factions, some organizations with their own powers and titles, scientists, merchants. And all this is due to the knot of complex relationships in which the aforementioned inevitable scandals, intrigue, investigation, political games and power struggles.

The difference is that in this world there is magic. The source of it is a phenomenon called The Mascherines, but a tool – the same mask. Typical and very beautiful Venetian masks, which went to masquerades, here give their owners not only juicy, but mysterious and special magical skills.

Naturally, access to them has only the upper classes, and especially privileged people, who all together constitute the very Masquerada. Deprived lower layers called Contadani. At some point in between, of course, the Civil War began.

Politics deals with you

The action takes place in the town of Citte della Ombre, and we’re playing for a young man named Cicero Gavar. He also has the right to wear the magical mask, because he is one of the best inspettore city – is a separate class of investigators and prosecutors in one person, which are subject to a higher companions, but they have very broad powers to investigate a variety of cases, including of national importance. Therefore, all of them respect and just what will happen, run to them for help.

The problem is that five years ago, Cicero’s brother was involved in a coup attempt in Ombre and was killed, so our hero is sent into exile.

And then suddenly the mayor (who wanted to overthrow the brother) is disgraced inspectors back, returns all the powers and asked to do a very important thing – to find the missing scientist who has studied the origins of this most magic masks.

Despite all that is understandable in this case, lack of love for the mighty one, Cicero agrees – he needs money. Only asks not to involve him in any policy. Naive.

From that moment, the exciting political thriller, in which there is a place and treacherous conspiracies, and magical artifacts, and covert operations in the rear of criminal gangs, and behind the scenes games.

Masquerada: Songs and Shadowsit relies on the story – no side quests, explore the world of free and other liberties. Moreover, the authors tell a linear story emphasized. The game has plenty of dialogue, but we do not accept their participation – to listen, read or skip.

But to do the latter is strictly not recommended – the lack of freedom and the choice of authors is more than offset fascination of the story, the depth of study and the world as a whole, and each character in particular.

In fact, before us an exciting interactive book – lavishly illustrated (look at screenshots), is equipped with stylish komiksovoy inserts, perfectly voiced by professional actors, complemented by beautiful orchestral music and even soulful operatic roles.

The game has a built-in code, which contains information about all aspects of life, the guilds, factions, titles, characters. There’s just a mountain of text. And if all this is read, then you’ll get a wonderful world – with its history, with lots of variety of details and nuances.

In this case, all that happens is perceived is completely solid – you can dissolve, and then another, and to demand the continuation of the book on the grounds.

Especially a lot of records about the characters that surround our hero. Every second counter somehow familiar with Cicero, and connected with it some interesting history.

For example, going on business to the Hall singing trees (yes, there is also such), we find a touching blind girl with a scarf on her face, hiding his eyes.

Hugged, let slip a word, walked away. And a story appeared in the code, from which we learn how this girl once saved our lives, and why she is blind. And so here at all …

On each screen, a lot of different parts, but to interact with all of this, as a rule, can not be. 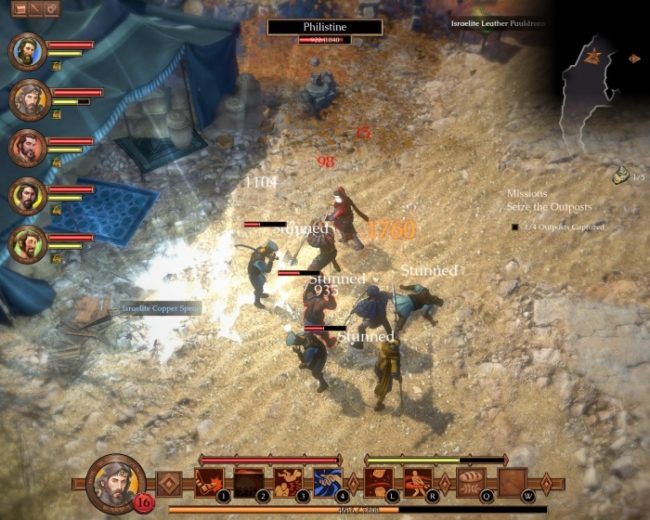