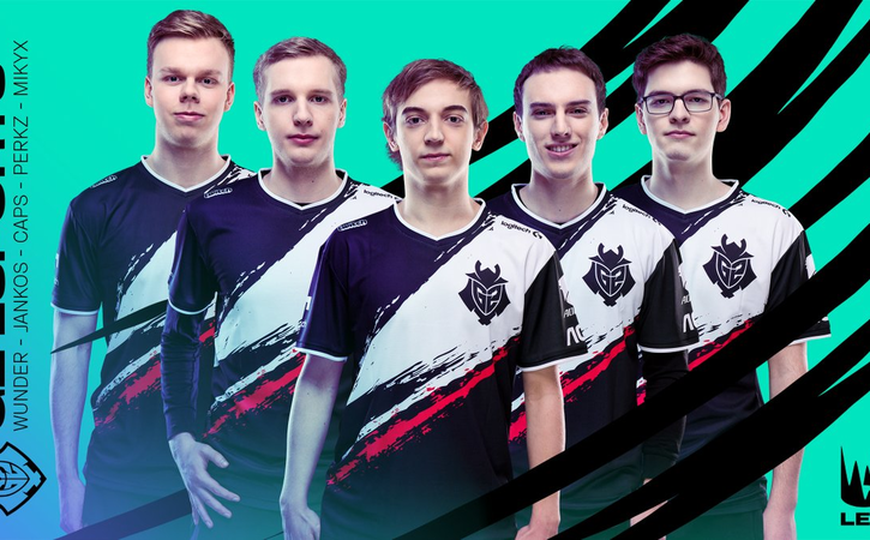 G2 Esports are one of the strongest European teams in the League of Legends discipline, who have really serious chances for the Worlds Championship 2019 championship title.

The first composition was formed back in 2014 and consisted mainly of Spanish players, having changed more than once subsequently. By February 2015, the organization had signed an interesting Team Nevo roster. And already at the end of 2015, Korean players began to appear in the composition.

For a long time, the European region was quite strong, by general standards, but on the international stage and in particular on the Worlds Championship, it could not climb to the top lines. Even to a team like Unicorns of love, which was an incredibly strong team in Europe, even if it didn’t go to the Worlds, it was incredibly hard against teams from Korea and China, which almost occupied all the top lines of the tournament tables of the largest international tournaments.

The biggest changes occurred in 2018. Europe was no longer a brave outsider, but had already become a region that could give China and Korea sufficient pressure, especially in large tournaments with the most stars in the region. In 2018 Fnatic reached the final 2018 Season World Championship by playing in the match against Invictus gaming, and Europe has become a serious contender.

Against the backdrop of such a rise in the European region, began to stand out more and more G2 esports. They confidently completed the summer split, having the opportunity to show their strength in the playoff stage. And in Europe, within the framework of the season itself, absolutely weak teams do not exist, which is why the battles there are incredibly fierce. On the 2018 Season World Championship they took 3-4 place, showing the world their strength. And in the next season of 2019, they were able to capture several major titles at once, including the MSI 2019 championship, becoming the first champions of this tournament from the European region.

There may never have been a better chance for the European team to win the World Cup, and therefore there has never been so much pressure on LEC teams internationally. Success comes with great expectations.

G2 esports go to the Worlds Championship 2019 with tremendous pressure behind their backs – they have become the team everyone wants to win. Even the greatest player of all time, Lee “Faker” Sang-Hyuk took the time after SKT’s triumph last week to say he wants revenge on the European team that defeated them in an exciting five-game series at MSI earlier this year.

Reaching the Worlds semi-final is not good enough, even reaching the final, as they did Fnatic last year, will not meet the expectations of most LEC fans and, of course, will not meet its own standards G2 esports. Thanks to their well-coordinated work, G2 showed that the best teams in the world can win, no matter where they come from, but the upcoming and most important tournament will be a real challenge for them. The home tournament is very specific for the host – there is always a crowd of fans who support the players, giving them strength, but at the same time the teams experience incredible pressure.

But before they can even worry about the finals and the game in Paris, the G2 will have to test their strength in Athens with the winners of the match FC Schalke 04 Esports against Fnatic. Despite the status of the strongest team in Europe and one of the strongest in the world, G2 esports a really difficult match ahead Fnatic still have extremely strong lines and team play, and FC Schalke 04 Esports can go further on morality earned after the winning streak in the lower bracket.

The G2 performed incredibly well throughout the summer split. And being the favorites of the LEC Summer 2019 champions title, a defeat this weekend in the Greek capital could completely undermine the team’s morale and their readiness for their biggest test – World Championship 2019.

Understanding the capabilities of the team, all their readiness for the upcoming tournaments and the personal skills of the players, G2 esports will definitely go down in history as one of the greatest teams ever to appear in Europe.