The fashion of the last few years speaks clearly: the space reserved for multiplayer-only competitive titles is growing to the point that it is enough to know how to take the right opportunity to see a game virtually irrelevant to become a real milestone of that kind. We think of the Rocket League genesis, which by exploiting the launch pad provided by the passage in the titles of the Playstation Plus month has managed to find its way to success.

Lots of classes
The theory has offered us an arcade game, extremely fast, easy to learn and difficult to master, where the goal is to activate the laser walls by switching over the dedicated switch, aware of being able to cross those of our own color but not those of the adversary, for a temporary death.

To raise your fallen companion, you need to stay close to him, always keeping an eye on the dangers of the stage and the enemies. From here, we identify the two main elements of game mechanics characterization: the players classes and the arenas.
Starting from the beginning, at the beginning of the game, we will have a menu of choice for the class, subclass and aesthetic changes to be made to the character. Each class is a skill, each subclass corresponds to a variation of this skill, but in the build available we only tried its basic version.

The Smash class, for example, can make a small click and, striking an enemy, stun it; the Ghost class can go through the enemy barriers in the few seconds it will power; the Thief is able to reverse the color of the nodes, stealing it to the opponents, the Snipe sets a point and pressing the same key, can return at any time; Shock lightens the surrounding area paralyzing for a moment the enemies; Blade instead makes a real click and, hitting an enemy, removes it.

Each class has a different cooldown for the use of skill and therefore even if some are objectively stronger than others, they will be used a few times less during the game.

Lethal geometries
Instead of going to the stage, the game offers multiple versions of the game. Unlike Tron, the above comparison, the energy barriers will not be released to our passage, but will be previously associated with the geometric patterns of the arena.

Consider, then, that if at the beginning of the game we are dealing with a few static barriers, then with the passing of time in the match these will increase in number, becoming more mobile and dynamic, going to create a real explosion of colors and a slaughter of players.

In fact, after a few minutes in the game, they will become even more fearful than opponents, and will win who will keep the awareness of what is happening on the playing field.
Once all the team members have fallen, the victory will be in the hands of the other, and so on until reaching the pre-determined Round number.

Beyond the mechanics, the game in the few games played seemed to have the right clue to prove itself, once complete, sufficiently competitive, although we would have hoped for something more impacting on the front of the style. On the technical side, the work we have done has already seemed to be a good level of detail, although the PC configuration monster on which it rotates can not give us a real benchmark on what we will see on consoles. 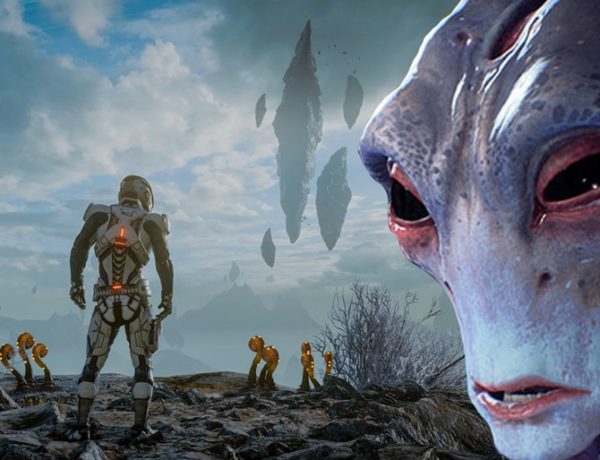