It does not have the least bit of fun; It is tedious, exasperating at a sickly level and for more inri, also terribly repetitive. Practically nothi

ng varies the action in the little more than five hours that you can dedicate to complete an adventure full of failures. The most painful, apart from the technical errors that again and again lead you to restart the game because the game simply gets stuck, has to do with the combat mechanics. How awful! Without emotion, without any grace, very soon you will se

e yourself shooting at enemies that look like walking fighters. Rarely do they react with a minimum of intelligence; or they are stunned while they shoot at them or kill their allies, or they run without rhyme or reason, swooping violently against y

ou … they will know why! The worst part is that the apparent freedom of action with which they sell you the game does not really exist! Again and again you will fight in the same way; as much as you can interact with the environment to punish enemies with, for example, a murderous swarm, or gas clouds that explode on contact with fire.

A trip to forget

At your disposal you have three weapons, Just three !, which are a ray gun, a flamethrower and a rifle that shoots darts; same combat tools used by some of the enemies you face. Issue? I said. Struggles against rivals of supine stupidity; you sho

ot them and it’s as if you did it against a wall. They do not react in a credible way. For the most part, even with a bolt of lightning, they continue to move or fire as if that were the case. And although you can combine the effects of some weapons or even use t
he environment to attract enemies to the hostile wildlife that populates this dark futuristic world, the problem persists. It’s ridiculous, it takes you completely out of the game, when you see that a rival is being viciously beaten by a tentacle and does nothing! Still there, standing, looking at you,

His great staging and the design of the scenarios is practically the only thing that can be saved from the video game. It’s a show, but it does not invite you to enjoy it.

Nor is there a wide variety of enemies so in a matter of hours, you will be exhausted always fighting against the same rivals. It is assum

ed that you can bet on stealth , but in general the scenarios are so linear, that in one way or another you will have to fight. And it’s exhausting! I really wanted to try Inner Chains , I really thought that this was going to be a special video game, but

in the end it turned out to be torture. He moved forward because he still hoped to find something worth mentioning, but not

hing of the sort! Not even in the plotIt is an interesting work. Yes, the setting and the artistic design of scenarios is great; you really feel lost in a twisted futuristic world where the switches are human heads !, which are details that I love; but beyond that … it’s really not worth the story they’re telling you.

The shootings are bad, just like their artificial intelligence

Since humanity tries to adapt to this strange life, at first you are not even able to read the cryptic messagesyou find along the way, being essential to find all the letters of the alphabet, hidden in the scenarios, to understand what the hell is happeni

ng around you. The idea is good with this plot background but it does not help anything to get involved in the story they are telling you. In the end, I went ahead to see what happened, but I did not care in the least what happened to the protagonist or to an
y other being who crossed over there. Inner Chains is a vacuous game incapable of exciting the least; you walk from here to there, sometimes you are surprised at the showiness of the stages, and you keep on trying to discern why you have not left the game yet.

To decipher the strange language of Inner Chains, and understand its history, you must first find these monoliths that correspond to the letters of the alphabet.

There are no puzzles, no memorable moments, no variations in a game formula that runs out almost at the start of the action. The shootings are really bad, and the sensations get worse when you fight against several enemies at once and you feel totally

useless, impotent, because no matter how much you do, they will run like crazy to beat you with fists or shoot three centimeters from your face. that aim is not his thing. The soundtrack is not very far either, it is repeated too much, and the sound effects f

ail too regularly. I recognize that I always try to stay with the positive instead of priming myself with the failures, but in the case of Inner Chains, it costs me horrors to find something good to talk about. This adventure of action and terror is a tremendous disappointment; It is not up to it, it is not a recommended game. 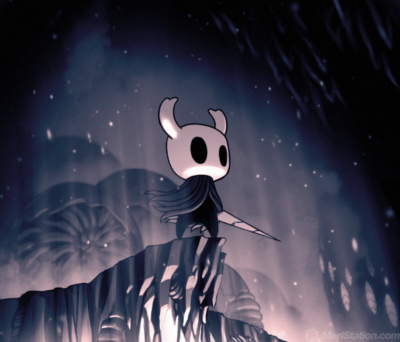