Helping to win the game. Literally.

What is fame for

Glory is one of the key resources in Humankind… If you prefer to play the game outside the good old conquest, then you better earn as many of these points as possible (because war is just one way to outplay and destroy opponents).

The point is that it is the number of Fame Points that will determine the winner. As soon as you reach modernity, the final stage of the game begins. The finale itself occurs if:

How to get the stars of the eras

The main way to earn fame is to receive stars of epochs.

We briefly described how to earn this kind of game currency at the first stage of the game in the previous guide. Below we will explain in more detail. 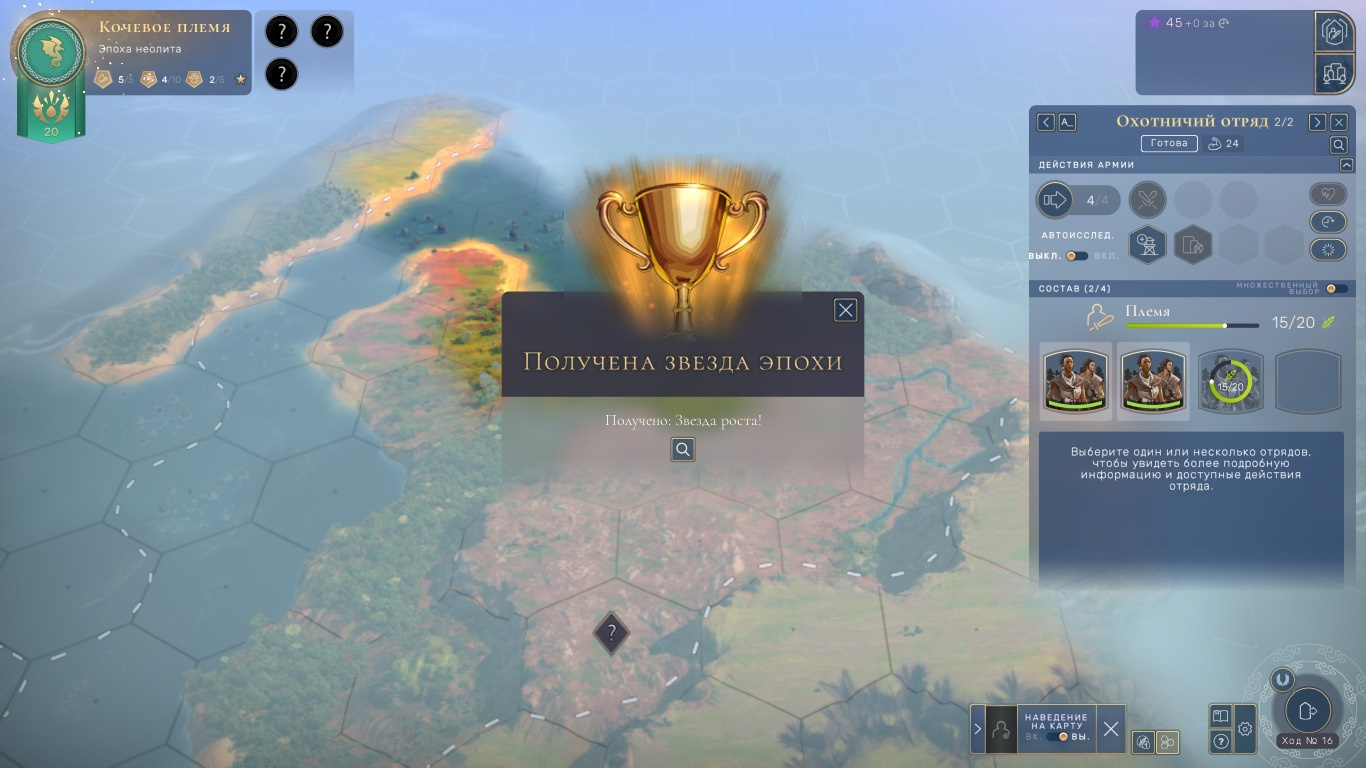 The fact is that during each of the eras, you need to perform special tasks that develop your culture. In the beginning it is hunting, population growth and special finds. With the help of the stars, you can move on to a new stage in the development of mankind. You don’t have to collect all the stars – focus on the ones that suit your playstyle.

Here are a few things to watch out for when farming:

All in all, the best way to earn fame is not be distracted by “extra stars” and concentrate only on those related to the peculiarities of your culture… In addition, if in a new era you decide not to change your culture, you will receive a 10% boost to fame (it will remain in effect until you choose a new one).

Why are the wonders of the world needed

Another good way to earn fame is construction of wonders of the world.

When you have accumulated enough influence, the game will offer you to build a wonder of the world. The list of available ones can be found on the “All cities and outposts” tab, which is located in the upper right corner of the screen. There, at the same time, you can see how the construction will affect your city and how many fame points you will receive by investing in the object. 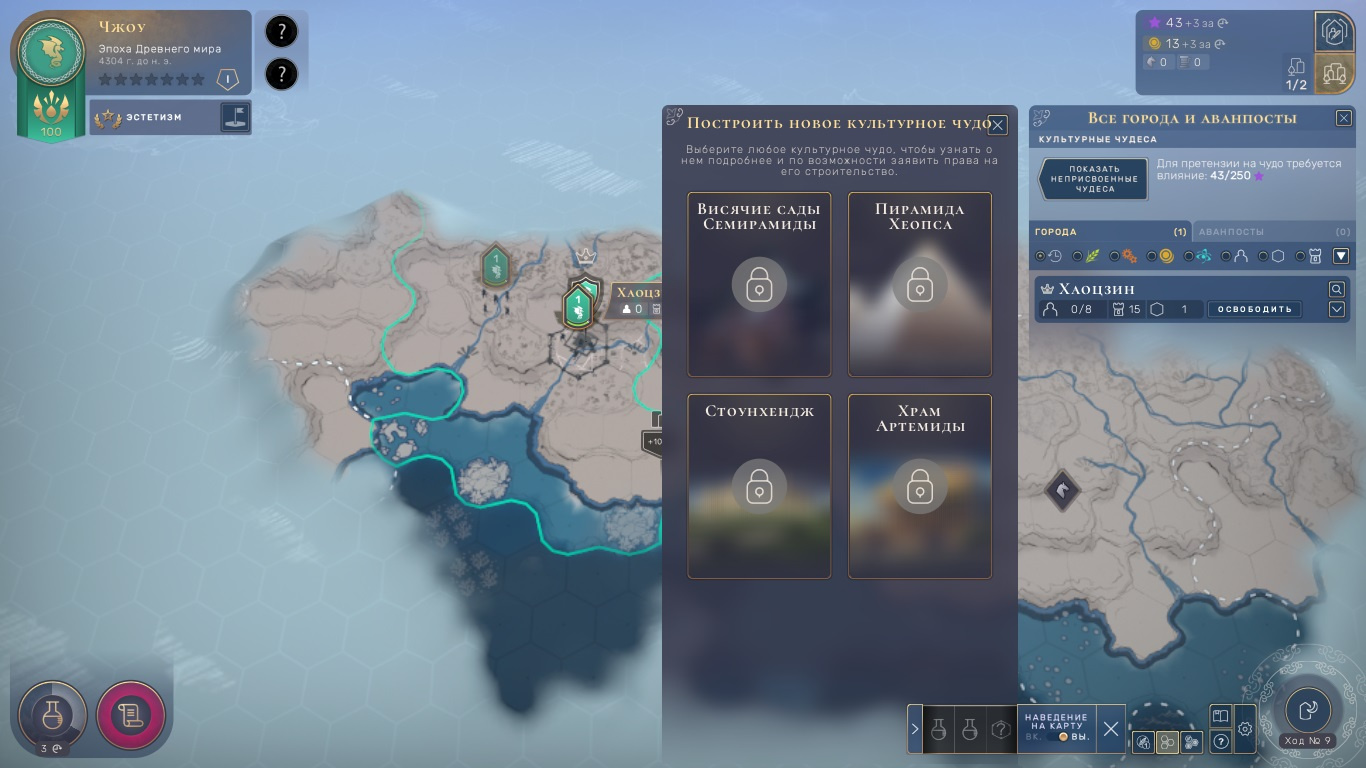 As soon as you spend your influence points to unlock the wonder of the world, you also need to build it. Fortunately, wonders of the world can be built by several cities at once to make the process go faster. If you erected the miracle first, then you will receive a bonus to fame. Keep this in mind, because the list of wonders is updated with each new era, and they can be taken apart pretty quickly if you have a lot of players.

The second way is to open ready-made wonders of nature… Explore the area as much as possible, because for the discovery of such places you are also entitled to Fame Points (albeit, of course, not so many).

There is a small life hack – as soon as you exchange a card with another empire, all the wonders of nature discovered by it will be considered open to you, and the game will helpfully count you fame points for this.

Competitive actions are tasks common to all players. Only the player who performs the action first will receive a reward for completing this kind of quest. Everything is pretty simple there, and some you will simply complete as the game progresses, earning your fame points and earning stars. 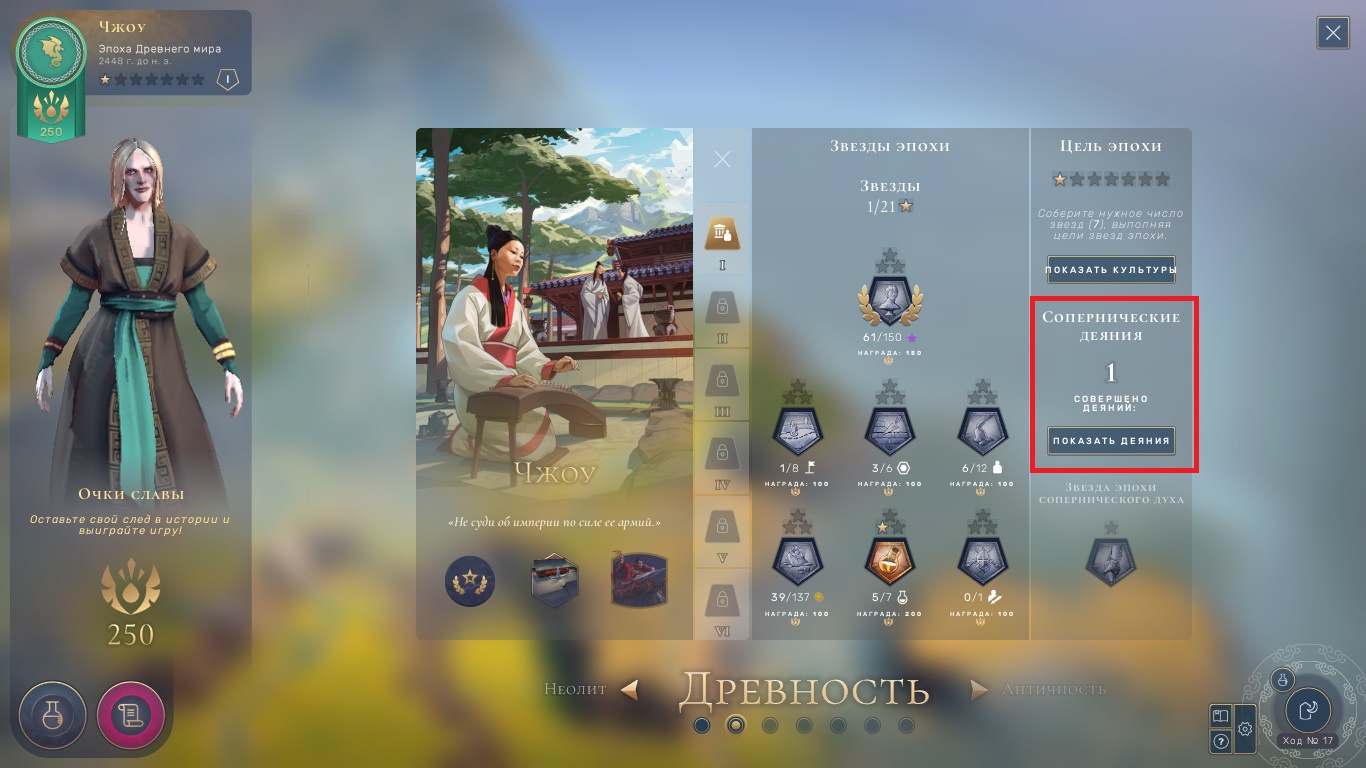 Here we apply the same advice as with the stars of the era: don’t get hung up on assignments that don’t fit your culture (for example, if the assignment is for research, and you do not specialize in this industry).

Fame points can also be obtained for more mundane military achievements. If you captured a city or an entire nation, won a war, destroyed an empire, then you are entitled to a bonus in the form of the mentioned currency.

In addition, glasses are also awarded to those who drove the invaders from their land and ceased to be someone’s vassal.