Epic has just released Fortnite into a period of Early Access (on their own platform), ahead of a full, free to play, launch next year. Intrigued by the concept of a co-op shooter with a bit of base building included, I spent some of the weekend checking it out.

Fortnite’s story is a simple one. 98% of the planet has been wiped out by some strange storm, which has also brought an influx of terrible zombie-like creatures called Husks to finish off mankind. Fortunately, there are a few survivors left to battle the Husks and ultimately try and figure out what these storms actually are.

Despite that gloomy premise, Fortnite doesn’t take itself too seriously. It has that Borderlands-like sense of quirky humour, reflected in the game’s visual and character designs. It’s not going to win any prizes for best graphics in 2017, but that’s probably because it also has to run smoothly on consoles; on the PC, everything (from in-world objects to the UI text) looks massive. Also, I’m not quite sure what age group Epic is aiming this at, but even though stylised cartoon graphics are all the rage these days they do fit with Fortnite’s whimsical tone.

Fortnite is designed for co-op. Up to four players have to work together to create defensive forts and protect an objective that the zombie masses are trying to destroy or capture. A few training missions introduce players to the concept of resource collection and construction; aspects which play just as important a part in the gameplay as actually shooting stuff.

Players have four character classes to choose from: Constructor, Ninja, Solider, and Outlander. Each comes with their own unique abilities which can be levelled up, and also acquired through discovered and unlocked cards.

Building stuff to progress the mission.

Resource collection in any game is tricky to make interesting, and Epic has gone for the hammering away at an object with an axe approach. It’s not exactly exciting stuff but fortunately it’s also a reasonably quick processes to take down a tree or hack up a car. There’s a minor skill element too in the form of a blue target to hit as it moves about the object; this yields more resources per hit and destroys the object more quickly. It’s probably the least exciting part of the game, but for Fortnite to work it has to be there in some shape or form as it’s the main way to collect resources. There’s some slight strategy here too; it’s important to watch what you’re destroying because if you destroy an object that contains loot, you don’t get the loot inside. In other words, don’t just run around smashing everything up.

Collecting resources such as wood, brick, metal, and a blue energy substance called BluGlo allows players to construct building objects from blueprints. This includes basics such as walls, floors, stairs, nasty looking traps to stop the oncoming hordes, and more. Before a Husk invasion wave gets underway there’s a process of running around the map, hacking away at stuff, looking for hidden resources, and finding boxes with more construction materials. This continues until a player triggers the next event in the map’s story.

We built a huge stairway so we could take in the scenery below. Jumping off it was not a good idea.

It’s also worth pointing out that the map should be completely explored to find hidden items such as special boxes which will contain better resources. Side missions or additional objectives can also be discovered too, which will bring additional rewards such as weapons or more resources. It’s well worth having a good look around Fortnite’s maps.

With resources collected, the four players start constructing the defenses. This is where things get a little more interesting. There’s usually a hint or some indication on the map where the hordes are going to come from, so some thought has to be put into the placement of walls. Constructing upwards also brings the advantage of height for picking off the enemy. Assuming the other members of the team have some idea of what they’re doing, the construction process should run smoothly. There are sometimes bonuses for building defenses efficiently, so whacking up loads of stuff you don’t need isn’t the best idea. It also saves on resources. 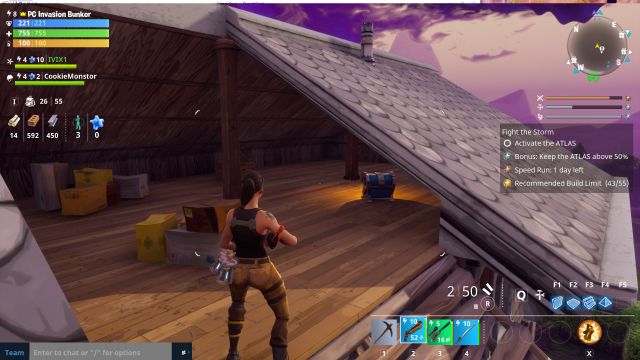 Fortnite has to cater for both a building mode and a combat mode, so the PC version has numerous hotkeys that are essential to remember. Whack Q to head into building mode and a whole load of building options are available via the F keys. Walls, floors, and weird pyramid barricades are in the menus and it’s all easily accessible.

The building of objects is quite nicely done. Walls can be placed and then sections can be edited out to create lower walls for cover or even doorways. Epic give players the option to tweak how the structures will look and work in the world. It’s rather nicely done.

Outside of build mode, the weapon selections are on the number keys. Essentially it’s like playing a shooter but with extra selectable build options. Due to the fact there’s a crafting element to the game, players need to craft their weapons of choice and even ammo. Run out of ammo during a battle then it can be crafted on the fly with the reload key, but only if you have the resources. If you run out of ammo completely then weapons such as swords have to suffice.

While Fortnite’s gameplay core is taking on the missions and exposing more of the world map, there’s a whole other layer to the game that’s played out in the menus. There are schematics to collect which open up other weapons and building options, there are other characters to unlock, and of course, there are loot crates and llamas. That’s right llamas. The piñata llamas can bring a load of extras such as schematics, characters, and more.

As weapons also have durability, they will break. The schematics are useful because they allow a new weapon to be created. Crafting plays quite a large role in the game because it allows you create new and better weapons, traps and other useful items. This is all tied to the resources collected while playing. A feature that’s really helpful is the ability to share items with players to help them out. Give them the cool weapon you crafted then just create a new one from the schematic. 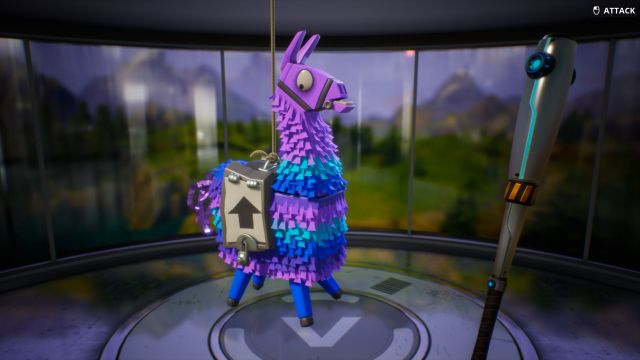 It’s not immediately apparent what unlocked characters are used for or what Squads are, but essentially they can provide stat boosts to you and your forts. There are also AI Mission Defenders who can be summoned during a mission. Some of this stuff is not particularly well explained in the game (and is still early access) so it’s going to take some experimentation to figure out how all this fits together. Again, this is mainly down to having vast amount of things to tweak and level up in the menus.

Behind the scenes there’s also a Skill Tier and Research Tier. The Skill Tier augments the player’s abilities to do certain things. For example, it can unlock features or improve abilities and it’s a bit of a mish-mash. The Research Tier improves certain things like Tech and Resistance. There are numerous levels of these Tiers and I have by no means experienced most of what’s on offer in one weekend, but if you enjoy unlocking things then there’s going to be plenty of that.

It’s understandable why there is so much going on behind the scenes because the Fortnite will eventually be ‘free to play’, so the revenue stream is going to come from players buying in-game currency called V-Bucks to unlock items and boosts. After playing for a few hours it did feel a little overwhelming having to dash around loads of menus, unlocking this, that and the next thing. The Founders pack comes with a load of stuff which was probably why I was being bombarded with llamas and unlocks. Still, I’m not a massive fan of loot boxes and unlocks so perhaps Epic can simplify all of this a little before it launches as a free to play game. 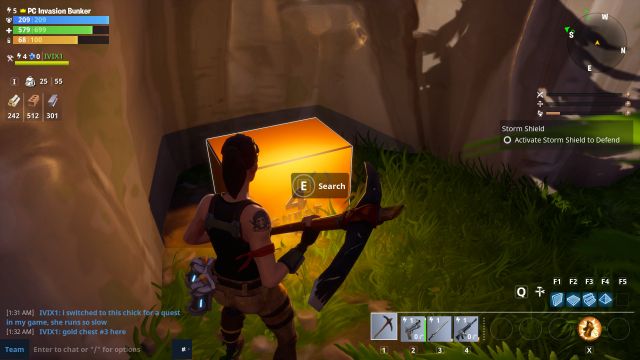 There may be something useful in this.

There’s no doubt Fortnite is going to construct and then tick many boxes for fans of building games and co-op shooters. How long can it keep players hooked in when it’s a matter of playing against AI and not other players remains to be seen, but at least Fortnite is something a little different. It’s relatively amusing, the characters are quirky, and there’s certainly plenty to experiment with when it comes to crafting, building, and leveling up.

Fortnite is available now in Early Access and is due for a free to play release in 2018.