Fallout 76 authors talked about allies from the Wastelanders update – review 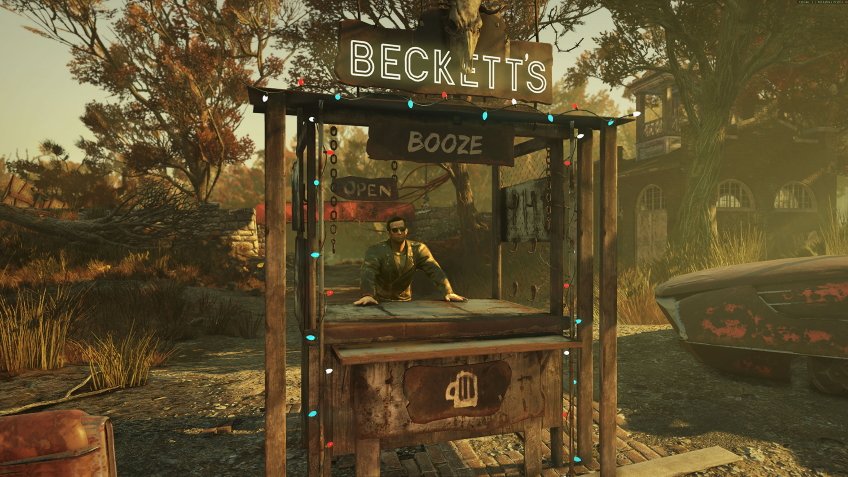 
Developers Fallout 76 talked about allies, special NPCs that will appear in the game after the update Wastelanders. Some of them can be settled in their own camp, if you persuade them or help them in order to receive various tasks from them.

The authors assure that each ally has a unique character, and some of them can be met only if you perform a special introductory task. One of these allies was Beckett, a man with a dark past, seeking to start a new life.

The task will launch a storyline that will introduce players to the character’s background. After completing special story missions, such allies will begin to offer daily errands for which you can gain additional experience and items.

Also, players can open a unique object C.A.M.P. an ally to build so that the character settles in the camp. For Becket, his bar became such an object, in which he will work as a bartender. In addition, allies can help protect the camp in the event of an attack.

Developers note that in C.A.M.P. there can be only one ally building, but players can change it at any time to settle another recruited character. Over time, relationships will get better. As a result, friendship can develop into a romance.

Finally, in Fallout 76, the “Mysterious Choice of the Provider” event began, which will end on February 17 at 20:00 Moscow time. Within its framework, players can exchange 60 legendary certificates for a random legendary item in a store at Berkeley Springs Station.