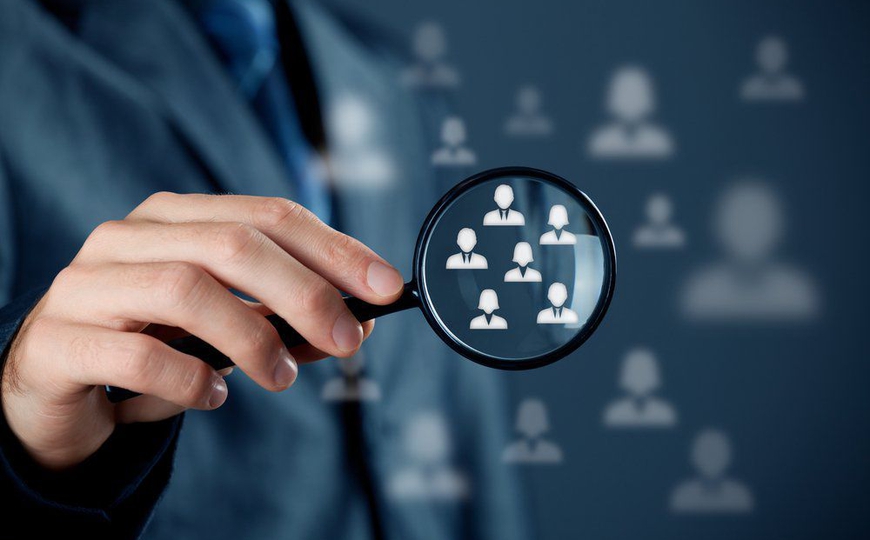 We analyze the target audience of e-sports organizations on the vast social network VKontakte. We learn in the material: which organization do girls like more? And which one is less? What VK public are the most popular among eSports fans? Which team is supported by the majority of Russians? And Ukrainians? And the Belarusians? What about the Kazakhs?

According to reputable and not-so-very publications, the e-sports audience is growing every year by leaps and bounds. As a result, the fan base of eSports clubs is growing. Every year the number of eSports organizations is also growing, and for the average viewer the opportunity opens to choose, like a chocolate bar from the counter, your favorite team. For some, an important wrapper will be an important factor, for some, the country is the manufacturer, someone just like the name. But all consumers are united by one thing – the love of chocolate. Chocolate, like e-sports, is loved by completely diverse people from the point of view of society. In this article, we analyze the target audience of e-sports organizations from the CIS as part of the VKontakte social network.

The G7 expands to the G8 and in the traditional list of organizations analyzed, in addition to Natus Vincere, Virtus.Pro, Winstrike Team, Gambit Esports, Team Empire, Team Spirit and Vega Squadron, forZe is added.

I must say right away that the data given is not official, since the statistics of VKontakte communities, without exception, are hidden. The list of topical compositions in various disciplines was taken from the official websites of the organizations in question.

The analysis procedure is distributed according to the number of subscribers within the VK social network. Thus, Natus Vincere are the first on the list.

Born to Win have up-to-date rosters in as many as 7 disciplines: Dota2, Counter Strike: Global Offensive, PlayerUknown’s Battleground, Rainbow Six Siege, Fortnite, Apex Legends and Paladins. With such a wide range of eSports disciplines, Natus Vincere have a completely natural huge audience – 651,127 subscribers. By gender, “Born to Win” has a distribution that is modal for e-sports: 94.3% of men and 5.7% of women. By age, everything is also quite standard: the target core of subscribers falls on the most relevant e-sports audience in the interval from less than 18 to 23 years.

Geographically, everything is still quite logical: VKontakte is considered a Russian resource, hence the predominant number of subscribers to “Born to Win” comes from Russia. Since the organization is Ukrainian, this gives a quite logical picture with the second place among the Ukrainian audience, and its significance is much higher than that of the representatives of Belarus or Kazakhstan.

But with targeted communities is interesting. The largest part of Natus Vincere’s subscribers is also subscribed to the IGM VKontakte community – 177,150 people. A total of 219,424 people are monitoring Dota in the public VK Dota 2 and Dota 2. “Heap up the reps” in the public “Rhymes and Punches” 107,268 people. Also, the fans of “Born to Win” follow the success of Virtus.Pro – 96,788 people.

The Bears have 5 active rosters: Dota 2, Counter Strike: Global Offensive, Fortnite, Apex Legends and Paladins. By gender, the distribution among the subscribers of the official VKontakte community looks a little more interesting than that of Born to Win: 81.6% of men and 18.4% of women. The secret of success in the form of a rather non-standard number of girls in the camp of Virtus.Pro fans is difficult to explain. It is possible that this indicator was influenced by special promotions, for example, exclusive masks for stories. Or maybe the “Apostle Dota”, in the person of RAMZES666, consolidates the girls around him? Who knows. If this is true, then in the coming month Virtus.Pro will lose most of its female audience.

In terms of geo, everything is quite predictable – 79.28% of subscribers from Russia are rooting for Russian Knights. Ukraine is next, with already much more modest than Natus Vincere’s – 6.52%. Belarusians and Kazakhs accounted for 3.59% and 2.11% of the audience, respectively.

The target communities are the public VK Dota 2, IGM, Rhymes and Punches. Out of the corner of our eyes follow the success of the Winstrike Team in the e-sports field – 121,690 people. “Surf” memes in the “Oatmeal, sir!” 91,608 people from the entire army of Virtus.Pro subscribers.

Under the wing of the “rockets” there are currently 5 eSports disciplines: Dota 2, Counter Strike: Global Offensive, Player Uknown’s Battleground, FIFA 19 and Fortnite. Winstrike’s distribution of subscribers by gender is somehow unrealistic for the modern realities of e-sports: 69.2% of men and 30.8% of women. This distribution is somehow difficult to explain: yes, Winstike launched VK stickers, which could potentially attract girls to the organization’s page. But at the same time, Natus Vincere has similar stickers, but the “Born to Win” distribution is much more “e-sports”. In general, in this case, the indicator is extremely non-standard and difficult to explain. By age, with the exception of young women, they are still standard.

The distribution pattern by geo is very similar to Virtus.Pro: among all subscribers of the public, 80.98% are Russians, 6.96% are Ukrainians, 3.09% are Belarusians, 1.6% are fans from Kazakhstan.

Target communities were no less surprised than the gender distribution: as with the previously reviewed organizations, the VK Dota 2 and IGM communities are popular among fans. The success of Virtus.Pro is followed by 121,786 subscribers. Among the new products, the Fortnite community officially appears, which is due to the presence of a composition in this discipline. And suddenly the community of the Russian sports channel “Match.TV” is in the top 5 – 44,237 subscribers out of 207,471 are subscribed to this resource.

Gambit esports have teams of 5 e-sports disciplines: Dota 2, Counter Strike: Global Offensive, Fortnite, Apex Legends and League of Legends. The distribution by gender is classic for e-sports: 94.4% of men and 5.6% of women. It is worth noting that Gambit, unlike the other organizations considered, the audience is slightly younger: 23.4% of guys and 0.8% of girls from the group’s general audience are less than 18 years old. This phenomenon can be explained by the recent draw, the target audience of which were Fortnite players. Fortnite, in turn, is famous for its young audience, hence the distribution.
In terms of geo, relative to other teams, some changes are taking place: Russians confidently occupy the first place – 68.61% of the total audience. But the representatives of Kazakhstan who remember the golden composition took the second place. Gambit esports CS: GO 2017 – 8.39% of such fans. Ukrainians are in third place with 7.68%, Belarusians account for 3.39% of all subscribers.
There have also been some changes in the target communities, primarily due to the fact that the group is dominated by a young audience. “MDK” and “4ch” break into the list of target communities. Virtus.Pro also doesn’t think of getting off the tops – 27,588 of 128,710 follow the “bears” on VKontakte. The highly predictable public Fortnite closes the top 5 communities.

Team Empire currently has only two disciplines in its arsenal: Dota 2 and Rainbow Six Siege. In terms of gender distribution, an eSports classic awaits us: 94.6% of men and 5.4% of women. By age, everything is also more or less familiar, with the exception of a fairly large number of subscribers from 21 to 23 years old relative to other organizations.

In the target communities retain the positions of “IGM”, “MDK” and “VK Dota 2”. The public “Dota 2” reappears in the top and becomes a familiar occurrence in the top of the public Virtus.Pro.

“Sharks” have rosters in 3 disciplines: Dota 2, League of Legends and FIFA 2019. Not so long ago, the entire CS: GO roster was put up for transfer, so he did not get on this list. Again, the classic distribution by gender: 94.2% of men and 5.8% of women. In segmentation by age, there is also nothing unusual – the target core of the organization is young people aged less than 18 to 23 years.

The classic picture with geo: the vast majority of Russians – 74.36%, the second largest in the population are Ukrainians – 8.64%, Belarusians traditionally take the third place – 4.14%, Kazakhs make up 2.88% of the total audience of the group.

Under the wing of the “dragons” are three compositions: Counter Strike: Global Offensive, Player Uknown’s Battleground and Hearthstone. There is a modal distribution by gender: 94.6% of the representatives of the group of men and 5.4% of women. But by age, everything is a little more interesting: the vast majority of Team Spirit VKontakte subscribers are young people aged less than 18 to 20 years.

The top target communities correspond to the interests of a young audience: 30,793 people got IGM subscribers, 26,023 people signed up for MDK, 23,989 people were interested in 4ch, a newcomer to this top appeared – the public Leonardo Dai Vincik. This community has 18 626 people subscribed. The top “Oatmeal, sir!” Public closes with 18,395 subscribers from all Team Spirit subscribers. It is worth noting that Team Spirit is so far the only organization whose subscribers do not particularly follow Virtus.Pro VKontakte.

The beginner of forZe analysis has compositions in three e-sports disciplines: Counter Strike: Global Offensive, Rainbow Six Siege, FIFA 2019. It is worth noting that among all the organizations considered, forZe has the smallest female audience – only 4%. By age, the group’s audience is the youngest among all the organizations analyzed: as many as 44.2% of the group’s subscribers are guys under the age of 18.

Geo distribution is also quite common for VKontakte communities. It should be noted that forZe has the largest ratio of Belarusians among all the teams in question – 6.65%. And representatives of other countries not included in this top is 14.26%, which is also the highest indicator.

● Modal (most common) gender distribution among eSports communities: 94.6% of men and 5.4% of women

● Most girls get sick behind Winstrike team: the proportion of the fair sex was 30.8%

● Least of all girls are interested success of the organization forZe: only 4% girls from the entire community audience

● The youngest audience fans are followers of the group forZe: whole 43.1% of the entire audience of the group’s followers are people of age less than 18 years

● Despite the general scope of activity, each of the organizations considered there are distinctive features target audience