According to the calculations of the analytical firm StreamElements, this May Twitch hit a record 2.2 billion hours of views. This is 37% more than in May last year.

The most popular category remains Just Chatting (279 million hours), which has been in the lead for exactly one year. Rounding out the top three Gta v (250 million hours) and League of legends (168 million hours). From the novelties in the chart, you can see Resident evil village, which took the tenth line (48 million hours).

The maximum growth was shown Apex legends (+ 33% to 61 million hours). Last month, Battle Royale kicked off its ninth season with a new mode. 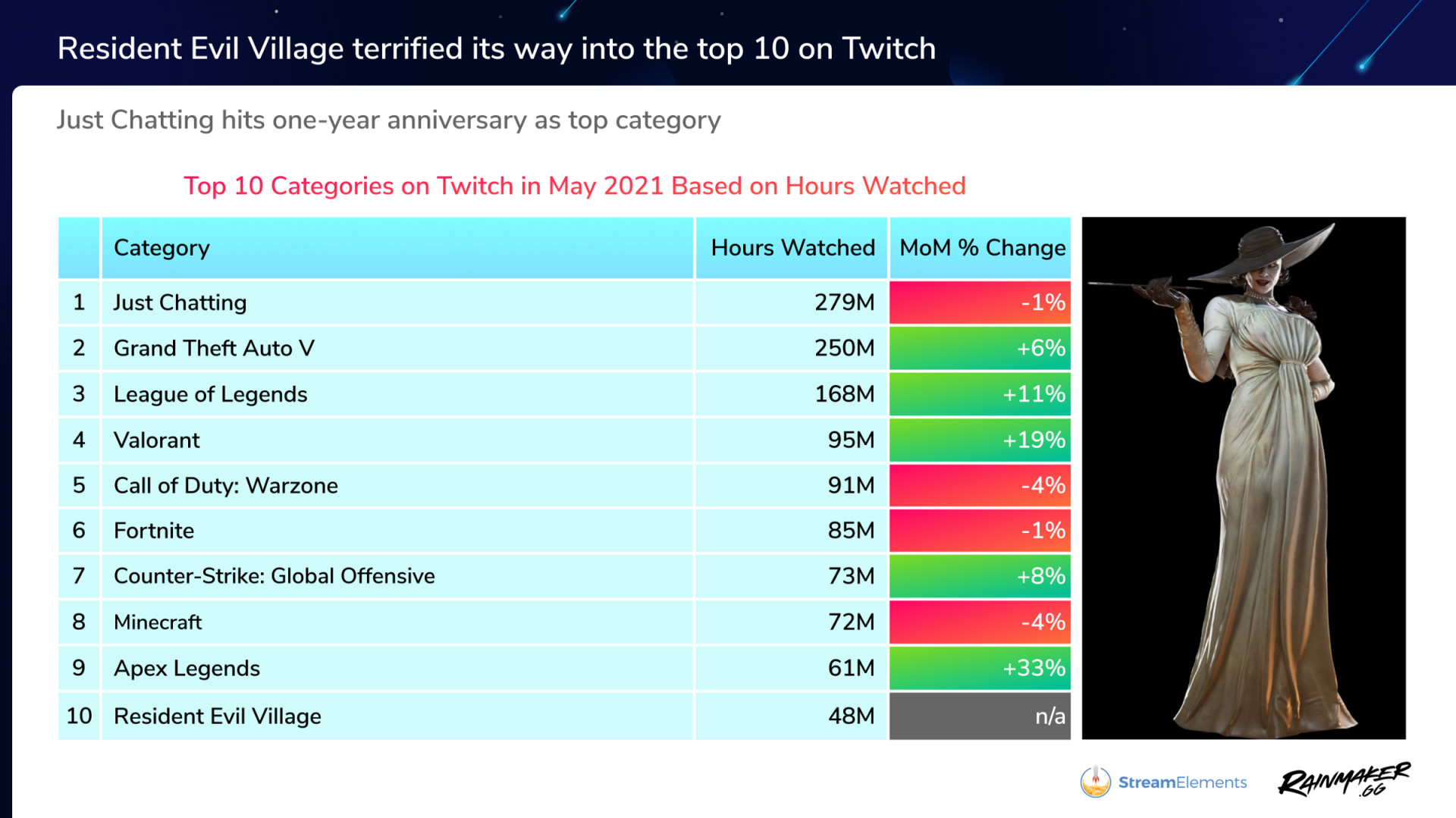 Finally, Facebook Gaming reached 419 million view hours this May. This is 23% more than in May last year, but 20 million hours less than the previous record set in January this year.