If you want to know the approach of This War of Mine , you can read the original analysis , because its concept is still valid here, having to

deal with basic needs as well as playing our lives at night trying to get new resources, food, medicines and materials. But in The Little Ones, the main thing is children . The main adventure is joined by new configurations where we can be, for example, a father and his daughter trying to survive in the now classic mansion.

The needs will be the same, but having a little one in our charge is a greater burden. The main objective will be that your passage through this cruel conflict is as smooth as possible, without causing more disruption, and for this we will have to constantly talk

to them, answer their questions , feed them , play and build new toys , and even teach them different tasks to help in our survival. But first of all protect them.

11 bit studios has not been cut at the time of raising any possible situation. In the first moments of our survival, we will have to decide whether to leave the refuge at night to get resources or stay at home protecting our son. Even when there are other people who can take care of the little ones, when we return home we will have to face their questions: Why have you left me alone?

Any player familiar with This War of Mine knows that the Polish study has not been cut when it comes to portraying the horrors of war and the situations it causes the civilian population. We just need to imagine what would happen if we can not get the father back home after searching for materials to practically cancel our game and try again. 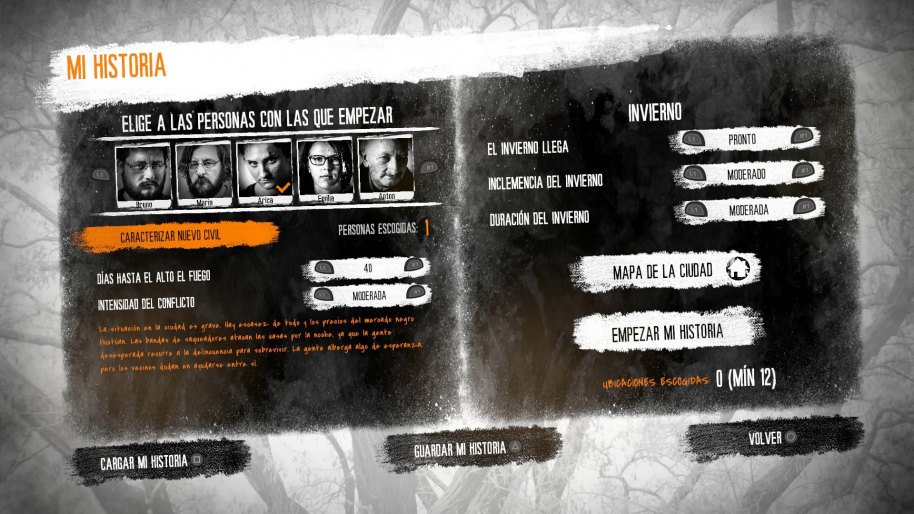 War returns to the mouse and keyboard

While The Little Ones behaved well in the console version, this DLC now returns to its original platform and thanks to this we can perform some t

asks that with a remote were somewhat more uncomfortable. In the console version, we had to move a character only at each moment, for the need to control it with the stick, while with the use of keyboard and mouse we can
direct them to specific places while maintaining mobility and the ability to give orders to other characters simultaneously. Something like a multitasking mode, which was undoubtedly the most difficult barrier to overcome by the console version. 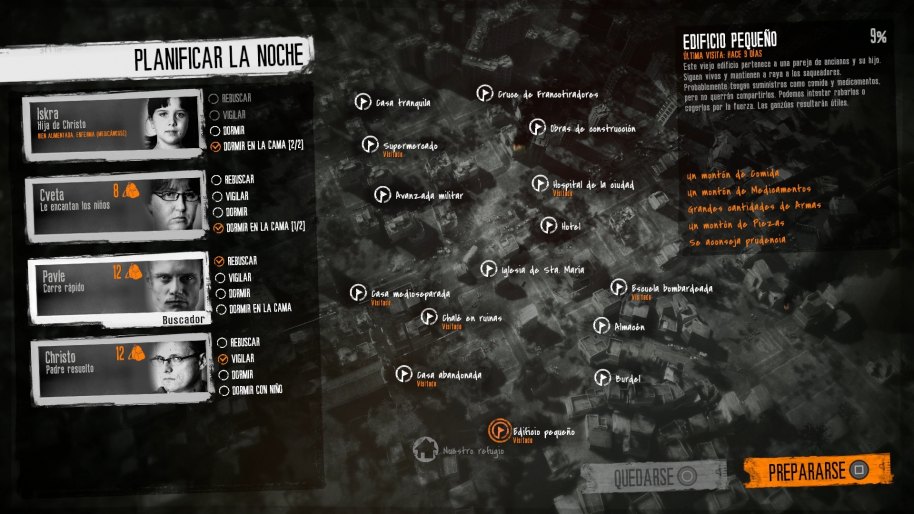 Children should be monitored at all times to check their mood. Not only make them eat and cure them, but also talk and play with them from time to time.

As we said at the time, it may not delay actions very much in the first days of survival, but when the first peaks of difficulty begin to appear, the game requires us to perform many more actions a day, something that was a bit slower with a pad between your

hands. Tasks that can be key to get that improvement or those resources that you lack, or that your survivors rest properly. Even so, the console adaptation was quite successful, but there is no doubt that This War of Mine had and has its roots firmly rooted in the PC world. 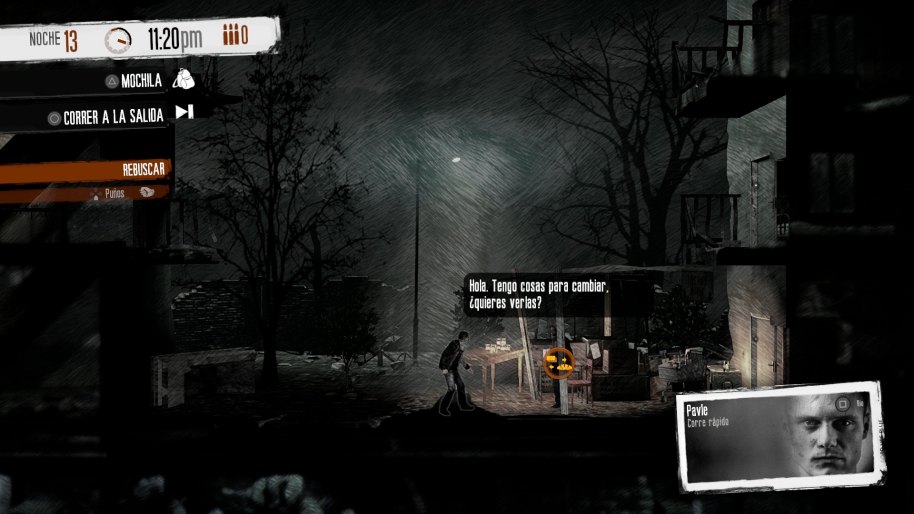 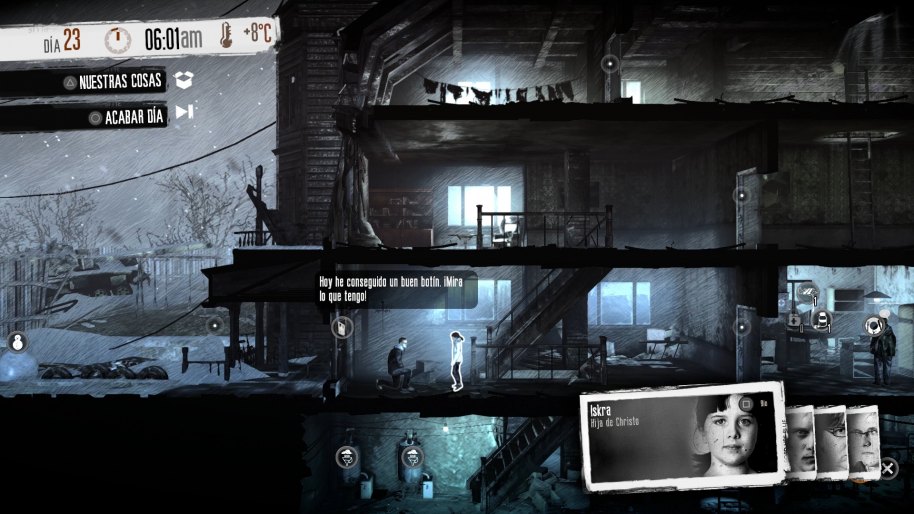 The little ones can not do the workshop tasks, but if we dedicate the time to teach them, they can become very useful characters.

For some players, surviving once may be enough, but The Little Ones offers more possibilities when starting a new game. There is the

classic mode to which the stories of other survivors are added if we want to live the conflict with a child , for example, but if you have not played This War of Mine for a long time, maybe the most interesting mode is the one

that allows you to edit all the parameters of the game . This mode was already included in the updates of the original version of PC, which has been improving to meet many of the demands of players, such as translation into our language and the option to cr

eate our own history. We can choose the number of characterswith which to start the game, but also edit both its description, skill, portrait and

modeling. To this is added the personalization of all the mapping of the game, the number of days we want the conflict to last and even the modification of the weather so that it takes more or less to get the winter, as well as the hardness of the station.

There was little to polish in This War of Mine , but with the addition of small children and new customization options, 11 bit studios

has created an even more rounded game. Its biggest drawback is still the adaptation of the control, which although logical could be much
more intuitive and even allow the option to move through our shelter more easily and quickly. For the rest, whether you missed the conflict at the time, or if you are looking for a new challenge, The Little Ones
deserves the opportunity. We have seldom been able to experience war from the point of view of those who suffer it in a way as crude as well posed.