Remembered for the creation of Prince of Persia and its subsequent renovation with The Sands of Time, one of the obsessions of the American aut

hor was always time. And of his work, another videogame stands out (with the permission of Karateka) that is not as mentioned as it should be: The Last Express. A graphic adventure that would now be called almos

t walking simulator and that made use of time and space like no other videogame has been able before or after. In it, the investigation of our protagonist placed him aboard the last Orient Express of History, the train that made the route from Paris to Constantinop

le and the action was happening simultaneously whether we were present or not, so we had to replay several times a game to find all the scenes and the answers to the mystery that was presented to us. A game, never better said, ahead of its time.

Tacoma makes use of this resource, but with a twist that allows to see all perspectives during the same game. The new work of Fullbright is almost a hypervita

min evolution of the feeling of curiosity that the player has to collect and read every bit of information that is in its path, from notes, books and crumpled papers to emails, passwords, chats and sound diaries. The tur

n comes with the introduction of Augmented Reality records, that allow us to see scenes that happened in the past, but in which the protagonists move f

reely, uniting, separating and coming back together. Therefore, we will have to rewind as if it were a tape to follow the different paths that each crew member of this strange spacecraft takes, in order to have a global vision of what has happened here.

Go in and go out

Like Amy Ferrier , we are assigned the contract to recover an Artificial Intelligence from a space station that has suffered a mishap and return it to its owners. On the way, we must collect all the information of the events that occurred in the last hours, which will allow us to know the intimate life of each of the crew of the station. An ideal situation to give free rein to

our most recalcitrant voyeurism, to be able to enter into the lives of these subjects as if we were an invisible entity, as well as to search through their personal agendas and dependencies. Like Gone Home , Tacoma plays again with that kind of “violation of intimacy” that seems inherent in the human being and that makes us, plain and simple, put our noses where they do not call us.

The space station is divided into several rings that we must investigate to extract all the necessary information.

But unlike the studio’s first feature, Tacoma does not achieve such a level of intensity or connection between the player and his characte

rs. The lives of the protagonists attract our attention in the first place and they are interpreted in a fabulous way by their respective actors, but they do not finish taking off even though they have more screen time than some of those of Gone Home. And that with Tacoma, Fullbright has taken a timid step to something that cla

ssic walking simulators have always fled: to show human beings on screen in situations where the scenario tells the story. Here, we will see a basic and colorful representation of each one of the crew members through the Augmented Reality, but never its real form beyond the photographs that accompany them. It is not as important as it may seem at the beginning, since those responsible for giving voice to each of them do a great job in giving them life and

personality. It is simply that, even though they are interesting, their stories are not as developed or manage to connect so much with the player. This happens in large part because Tacoma lasts practically the same as a Gone Home, but with a story that tries to address more characters and perspectives at the same time. 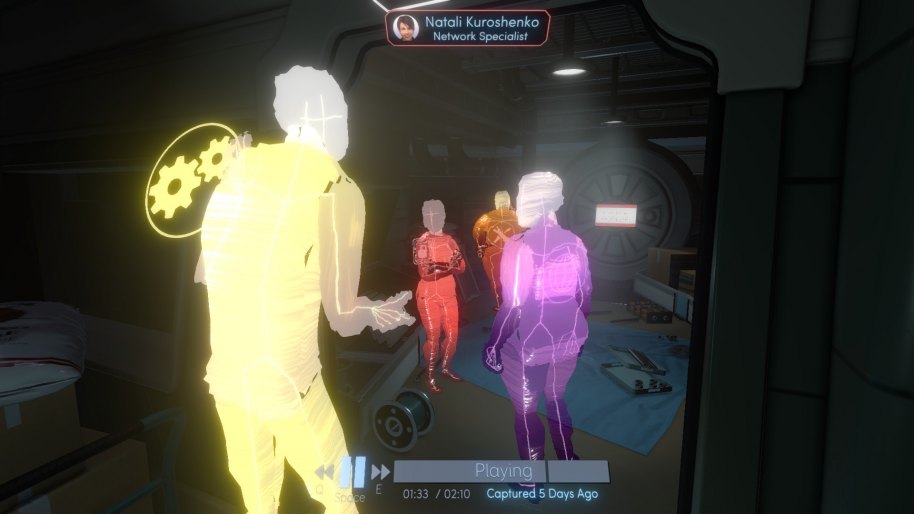 The circumstances around it and why we are in the space station will be the main thread of the plot, which has much to do with the Artificial Intelligence of the ship: Odin, an entity capable of managing all aspects of the station, with the supervision of

the appropriate personnel that evaluates their behavior patterns. Again, Fullbright touches on very interesting topics and conflicts with Tacoma, of which unfortunately we can not talk freely without getting dangerously into the spoiler field. But suffice it to say that perhaps the opportunity is lost here to present his message and reflect on it throughout the adventure, instead of leaving it as the culmination and final turn. 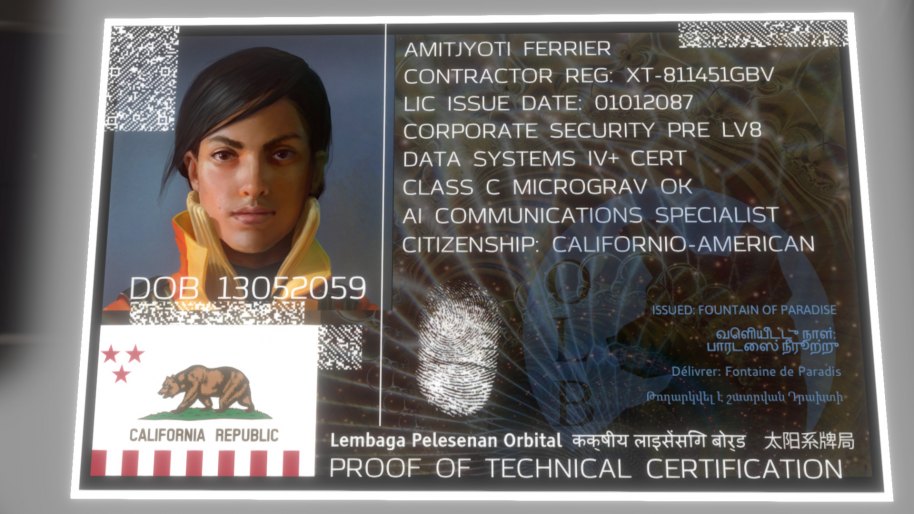 Search even in the last corner is important and is always rewarded with closed areas that provide some more information to the general history or its characters.

portant tasks such as discovering the mascot of the crew in each of the scenes, playing darts or basketball in zero gravity and other less stimulating tasks. We would not mind if the main path they adorn was as enriching and special as

Fulbright itself and many other studies have shown. But there is something that Tacoma can not achieve. Something simple and difficult at the same time, losing the ability to excite or generate surprise in the player, without fully fulfilling the main objective of a game of the genre: connect both sides of the screen. Player and machine

Fresh News
Hardcore Cloud: Modders added to Sekiro: Shadows Die Twice Cloud and Jesse from Final Fantasy VII Remake
Despite the remake Final Fantasy VII currently only
0 44
The creators of the PS4-exclusive Dreams would like to see their game on PC
Computer version Dreams not currently under development.
0 32
Notice: Undefined index: integration_type in /var/www/www-root/data/www/freemmorpg.top/wp-content/uploads/.sape/sape.php on line 2008

Disco is back in vogue: Disco Elysium celebrates its first birthday and prepares to receive a Russian translation
An experimental role-playing adventure cared by the
00

The battle with demons continues: The Ancient Gods expansion trailer for DOOM Eternal is published
Arab unit Xbox ahead of time posted on its channel
00