In early September, the company NVIDIA presented its solutions of the middle and high price category on the new family of GPUs Ampere… At the end of October, we introduced you to the flagship video card NVIDIA RTX 3080 Founders Edition… Today we are testing the junior model from the trinity announced in September, the release of which was late for a month. More precisely, we received not a reference model of the device, but a card from a partner represented by the company GIGABYTE, namely GIGABYTE GeForce RTX 3070 EAGLE OC 8G (GV-N3070EAGLE OC-8GD). At the time of this writing, its cost per E-katalog.ru ranged from 59 before 63 thousand rubles… By tradition of premium PC hardware, the video card is packed in two boxes. The outer one is made of thin single-layer cardboard with colorful printing and information about the features of this device, such as a cooling system, RGB backlighting and so on. Also on the back of the package you will find information about the minimum system requirements for your computer.

The inner box is already made of two-layer black cardboard. It opens like a box. Inside there is a thin layer of dense black foam, under which there is a card in a protective bag. Nearby there is also a brief instruction in 26 languages, including Russian.

The card weighs 823 grams (including the box – 1.45 kg) and occupies two slots in the computer, and its length is 282 mm. In terms of size, it is almost identical to the GeForce RTX 2070 models from GIGABYTE with similar cooling, the difference is insignificant plus or minus 1-2 mm.

The video card consumes 250 W, which is 75 W more than in the case of the GeForce RTX 2070. To use the device, a power supply unit with a capacity of at least 650 W is recommended. We used a 750W unit from Thermaltake.

Visually, the new generation of video cards from GIGABYTE does not differ much from similar solutions from the previous generation. The massive cooling system WINDFORCE 3X works efficiently thanks to the elongated design of the radiator, four copper heat pipes that are in direct contact with the GPU, as well as three 80mm fans with a special blade shape. Adjacent fans rotate in the opposite direction to increase the cooling air pressure.

The upper casing of the video card is made of plastic, which resembles brushed gray matte metal. There is also a clear plastic insert with Eagle lettering on the front as a finish.

On the back of the PCB there is a metal plate, which is installed not only to protect it from falling in crooked hands, but also from bends, since the cooling system here is rather weighty. On the side edge below the GIGABYTE logo is an RGB FUSION 2.0 backlight strip that supports 16.7 million colors and multiple lighting effects, as well as the ability to sync the backlight with other devices in the AORUS family. There are also two additional power connectors nearby – one 6-pin and one 8-pin. Two HDMI 2.1 and two DisplayPort 1.4a are available from the video outputs on this card. The GA104 GPU contains 6 GPC clusters with 8 SM modules each. However, in one of the clusters, 2 SM modules are disabled, which ultimately gives 46 SM and 5888 CUDA cores. Also, this chip uses 96 raster units, 46 RT cores of the second generation, 184 tensor cores of the third generation and 184 texture units. Unlike the reference model, which has a reference GPU clock of 1725 MHz, the GIGABYTE solution has a boost clock of 1770 MHz.

With HDMI 2.1 and DisplayPort 1.4a, the graphics card can deliver a maximum resolution of 8K (7680 x 4320 pixels) at 60 Hz. The system supports simultaneous connection of up to four screens. AORUS Engine and RGB Fusion applications are available to configure the video card on the manufacturer’s official website. You will need the first to monitor the key parameters of the product and select the operating mode of the cooling system fans, as well as if you decide to overclock your video card. The application does not provide any factory profiles, but you can save your own values ​​after making the desired settings. The second application is used to adjust and synchronize RGB backlighting, and here you can choose the backlight color for yourself, as well as the desired effect. You can also use the backlight to monitor GPU temperature, GPU utilization percentage, and fan speeds. We traditionally use several third-party benchmarks to test the performance of video cards. In particular, the Chinese Boundary Benchmark and the domestic Unigine Superposition Benchmark. In both cases, we got a fairly vigorous result.

The Boundary Benchmark showed an average frame rate of 71.7 frames per second, while in Ungine the card produced 10331 points in 4K resolution at maximum settings, and the average FPS value was 77 frames per second. At the same time, the temperature in both tests did not exceed 73 ° C. Next, we tested the video card in various gaming benchmarks.

First on our list was Forza Horizon 4, the best arcade racing game of recent years. We tested it several times through internal performance testing at the highest available custom settings at 1080p, 1440p and 4K resolutions. On average, the temperature was kept at 60-70 ° C. We got the following average system frame rate results:

The second project with in-game performance test was Gears 5. The action movie from The Coalition studio is still considered one of the most technologically advanced on Unreal Engine 4 and puts on the blades not only the Xbox Series X, in which native 4K and 60 frames were never achieved, but and top-end solutions from NVIDIA from the Turing family. We also tested the game in three resolutions at ultra settings, including ultra textures. On average, the temperature was kept at 68-73 ° C. We got the following average system frame rate results:

Next, we launched Final Fantasy XV. The GPU temperature in the Japanese RPG benchmark from Square Enix reached a maximum of 73 ° C. The benchmark was activated on high graphics settings at 1080p, 1440p and 4K. On a test system with an RTX 3070 Eagle on board, the following scores were obtained: After that, it’s time to test the video card directly during the gameplay.

First, we launched a not the most demanding project in 2020, which runs well on weak hardware. It’s about id Software’s shooter DOOM Eternal. Consistent performance is essential in shooters, and GIGABYTE’s RTX 3070 does a pretty good job of it. The average FPS at maximum graphics settings at 4K was about 80 frames / s, which will delight fans of a smooth game.

Next, we checked out last year’s Control from the “optimization wizards” from Remedy. It is safe to say that this is one of the most difficult and at the same time technologically advanced games in recent years. It supports not only the popular ray tracing technology for realistic lighting and reflections, but also DLSS 2.0, which allows you to increase the resolution of frames using a neural network with minimal performance loss. In native 4K without tracing, the project produces an average of about 50 frames / s. With maximum ray tracing settings at 4K, rendering resolution of 1280 by 720 pixels, and DLSS enabled, the project averages about 57 fps, which is quite a good result for a not-optimized title.

The last project we decided to check out was Death Standing by the genius Hideo Kojima. It came out this summer for PC and is trying to use the latest technological innovations, including the aforementioned DLSS 2.0. At maximum settings in 4K with DLSS enabled in “Quality” mode, the product of the Japanese game designer was able to produce an average of 95 frames / s, which is more than enough for a comfortable game.

In all tests in games, the temperature did not exceed 73 ° C with a maximum fan speed of about 2000 rpm in automatic mode.

The GIGABYTE GeForce RTX 3070 EAGLE OC 8G is a great card for those looking for the latest NVIDIA technology here and now, but on a budget. Thanks to the efficient cooling system, which by default does not work at its maximum capacity even under heavy load, this video card has good overclocking potential. Out of the box, the GIGABYTE GeForce RTX 3070 EAGLE OC 8G handles current 4K projects very well. In the long term, without overclocking, it will definitely be enough for a resolution of 1440p and even more so in Full HD, and with overclocking, perhaps 4K will not be a problem in projects in the coming years.

Game Developers NEWS
We are Russians, with us furs! Iron Harvest Review
There is one unshakable rule as monumental as the laws
0

Fresh News
Rufus the Dog in Minecraft, Halo and Microsoft Flight Simulator: Microsoft releases Christmas commercial
We all understand very well that in a pandemic, New
0

Fresh News
Ellie and Joel survive in Raccoon City: Modder merges The Last of Us Part II with Resident Evil 3
Enthusiast under the nickname Darknessvaltier released
0 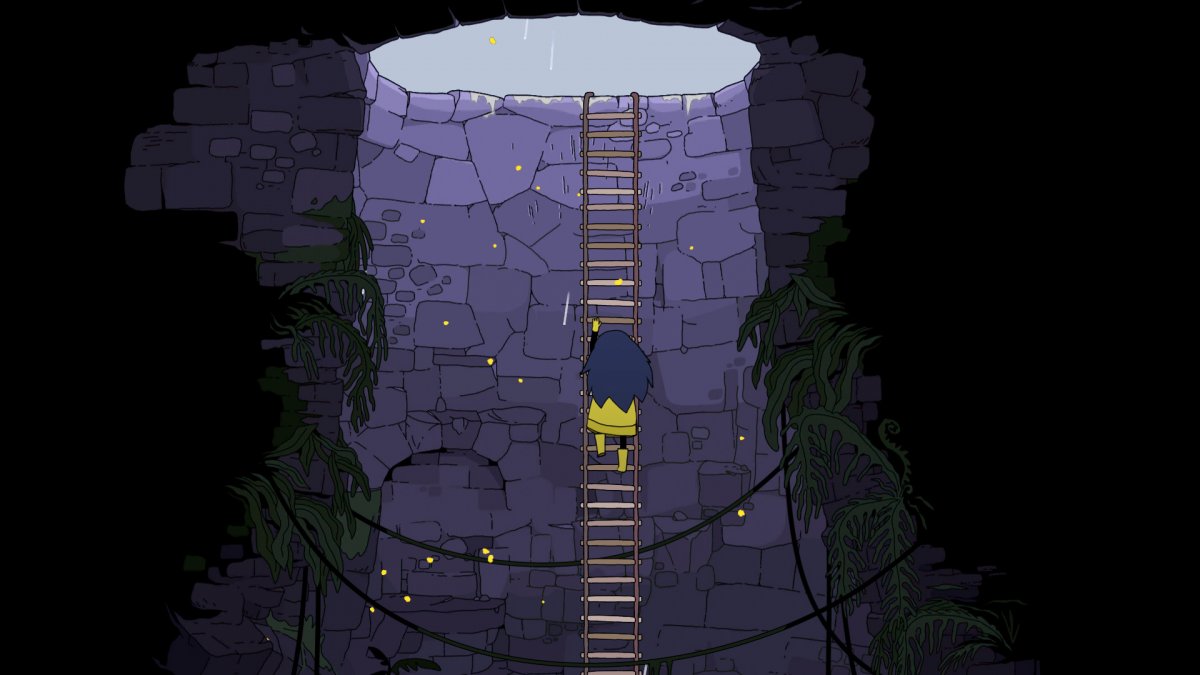