Knock on the coffin lid is a story-driven card roguelike with a twisted story that any classic fantasy novel would envy. Dynamic card battles await you in the epic setting of a magical world! Collect dozens of card decks and supplement them with equipment. Meet the main characters and win duels. Fight off bosses or show grace.

The game is available on Steam. Players rating K.O.T.C.L. on their reviews is 8.6 out of 10. Worldwide, the game Knock on the Coffin Lid is distributed on a one-time purchase model by publisher RedBoon. You can get the key to the game for $24.99.

RedBoon is a studio of indie developers, very talented guys with a lot of K.O.T.C.L. They spend all their time improving the game so you can enjoy it. The guys are working on updates and sharing their thoughts and suggestions with the audience. They are fixing bugs based on feedback about Knock on the coffin lid. Now RedBoon continues to update animations for all enemies, friends, and helpers in the game. Often after updates, everything about the character improves, from the movement of equipment items to the overall animation of the character. Knock on the coffin lid characters seem alive and fierce. The graphics and design are worked on by real professionals. It’s nice to know that the storyline of the game has not changed. From the beginning, the indie developers came up with the plot and the main idea, but now only follow them. Already for that, we’d pay $24.99… But that’s not all!

Knock on the coffin lid is compared to many card roguelikes, but it has the distinct spirit of Dark Souls, and in some areas, it resembles Darkest Dungeon. The game has balanced rough edges. To someone who discovering the Collectible Card Game genre, K.O.T.C.L. may seem difficult. Knock on the coffin lid offers its fantasy world and its vision of the development of the Collectible Card Game genre. It affects an elaborate story and addictive storyline, eye-catching visuals, and interesting mechanics.

The disadvantages include, the game having problems with the balance of individual events. And still there are bugs, where without them in indie projects. In order not to regret the spent money, we recommend you check the system requirements for Knock on the Coffin Lid.

And now let’s talk more about the plot. He certainly will not leave anyone indifferent.

The game begins with you sitting on a cart pulled by a white horse. Unfortunately, you are just one of the few who have recently passed away. Now you are on your way to church.  After a while, a strange gray-haired man approaches the church. The door swings open and the man stands in the doorway light enters the crypt. Here you will choose your protagonist. There are three heroes to choose from, each in their coffin. However, you can only choose the hero Percival, to begin with. You will need to unlock the other two characters as you progress through the game. If you can get through the game before that time.

After choosing your hero, another intro will play. A gray-haired man tapping on the coffin lid will bring you back to life. You will turn up on a world map with four points of reference from the church in the upper left corner. The path from each of the four starting points will lead to two exit points lower down the map.

At regular intervals on each of the paths are different objects with which you will interact. There are about eight different types of signs. You will not be able to move to the next object without choosing the previous one. Depending on which sign you choose, it depends on what awaits you. In some events, you will be asked to choose an action. Will you help a troll with a sword in his back? Will you help a dwarf and subdue an elf? It’s up to you to decide which route you choose, but remember that the next time you take this route, things might be different. Remember that after each death, everything starts all over again. Your hero loses everything he has gained. Your experience remains with you.

The game is worth every cent you spend. Trust us. In Knock on the coffin lid, you will encounter a challenging game with fantastic graphics.

Knock of the coffin lid is available on PC. In addition, the game has a support pack for those who are ready to support the project. 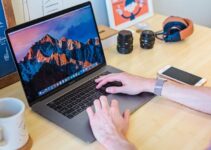