Developers of a colorful battle royale Fall guys from a british studio Mediatonic announced a crossover with the popular online team shooter Team Fortress 2… Starting today, the Scout costume will be available for purchase in the game’s in-game store.

Guess who’s coming to the in-game Steam store in a few hours?!?

Better start getting in the dubs so you can save up enough?

Fall guys became available on August 4 this year on PS4 and Steam. The console version is currently distributed free of charge with a PS Plus subscription.

Battle royale platformer won immense popularity among players. On PC alone, its sales exceeded 2 million copies a week after release. Also, if you believe profile site, tracking the activity of PSN user profiles, more than 10 million gamers from all over the world have tried the game on PS4.

In turn, the Mediatonic studio has already expressed a desire to release the project on other platforms.

Read also: New game in the “Alien” universe is alive – the developers have found a new home 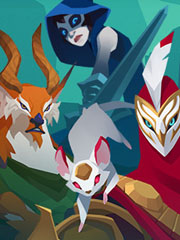