In late April, we published a review of the new revision of the ROG Zephyrus G15 laptop, which fully deserved the title of a gaming device. Now the company has sent Cybersport.ru another model from this line – Zephyrus G14, whose main feature is compactness. How did the size affect the performance of the laptop in popular e-sports games, which was included in the “stuffing” of the device and, most importantly, is it really convenient to carry with you? We will answer these questions in the review.

If the “elder brother” in the line – Zephyrus G15 – made an impression of a serious gaming machine even in appearance, then this can not be said about G14. The miniature laptop comes in a small box, in which, in addition to the device itself, only two power adapters found a place. The dimensions of the device are 32.4×22.2 cm – even smaller than that of the 13-inch MacBook Air, from which you can not expect miracles in games.

The G14 is slightly heavier than Apple’s “air” laptop (1.6 kg), but still remains as convenient as possible for transportation. The device is easy to fit even in the most compact backpack, you can carry it in one hand and still continue to work.

The G14 cooling system blows hot air from the sides and also directly onto the plastic panel under the display. Because of this, keeping the device on your lap during the game turned out to be problematic, however, when using G14 in the desktop mode, the device did not cause discomfort – the keyboard does not heat up even in high performance mode.

Characteristics and indicators in games

The editorial staff got a new revision of G14 – GA401IV, which received completely monstrous characteristics for such a form factor. In addition to the NVIDIA GeForce RTX 2060 Max-Q, ROG fitted an eight-core Ryzen 9 4900HS, as well as 16 GB of RAM, into the laptop. G14 is perfect for working in Adobe Premiere and After Effects, and, in fact, for games.

By analogy with the G15, we decided to test the new product in Dota 2 and CS: GO – the key disciplines of the modern e-sports scene. The “battle” test for the laptop will be Red Dead Redemption 2 – to compare with the performance of the previous device.

For those who have not seen the characteristics of the laptop, the results will seem unexpected: the miniature G14 significantly surpassed the G15 in all respects. In CS: GO, at the maximum graphics settings, the average frame rate was 200 frames per second, and at “minimums” it was 250 FPS.

Dota 2, as expected, turned out to be a harder task: her laptop pulled an average of 100 FPS even at maximum settings. The laptop also coped with the heavyweight Red Dead Redemption 2 with a bang – at moderately high settings, the G14 kept stable 60 frames per second both in the snow-capped mountains and in Saint-Denis’s characters.

But the most surprising thing is the other: during the G15 test, we found a huge difference in performance between different operating modes. If the G15 showed excellent results at maximum performance, then in a “quiet” format it sometimes allowed noticeable drawdowns even in CS: GO, not to mention more demanding games. G14 is completely devoid of this problem – even taking into account the fact that an engineering sample came to our review. Representatives of ROG noted that in the release versions, both laptops will be able to boast more stability when changing modes.

The G14 installed a battery with a capacity of 76 Wh, which allows the device to work without recharging for about ten hours – of course, when watching a video and working with texts. In games, the charge lasts about three hours – relevant information in case you for some reason decide to pass Cyberpunk 2077 on the street.

Even in the “quiet” mode, the laptop kept the average FPS in RDR2 at 60 frames, and in CS: GO the same 250-230 frames at low (read: standard for most players) settings. Another issue is that the noise level in the “silent” mode also remained relatively high – of course, he did not drown out the game, but was noticeable. With a productive preset, you can only play comfortably with headphones.

Four speakers were installed in the device, which provide a sufficiently high sound quality for a laptop with such a form factor. At the same time, the size still imposes certain restrictions: because of it, the sound volume, which is sometimes not enough, has suffered. But the device can be comfortably used while listening to music at high volume. The predecessor at such moments vibrated violently, depriving fingers of sensitivity.

Externally, the laptop does not look like a gaming one, but this can be said about all the Zephyrus devices. The only visual feature of the laptop available in the top versions is the AniMe Matrix LED lid with 1,215 LEDs. It can display two-color images or animations. There is little practical benefit in such a chip, but gaming devices have long cultivated aesthetics, and in this regard, Zephyrus G14 outperformed competitors stuck in the era of RGB garlands.

In addition to the standard set of inscriptions, shards and the ROG logo, the device allows you to display more informative graphics on the cover: for example, displaying the date and time or the percentage of remaining battery power. You can simply turn off all the diodes – then the lid will look like a beehive for miniature bees.

When you open the lid of the laptop goes under it, turning into a kind of legs that give the work surface a slight slope. This provides additional comfort when playing or typing. The keyboard takes up most of the device, but it still lost a few keys – the pad, PgUp, PgDn, Home and End. But there are quite large Shift and Spacebar, which are located in the usual places for gamers. The “arrows” turned out to be compact – because of this, even in racing, driving a car will probably have to be reassigned to WASD.

The keyboard has a pleasant stroke with tangible tactile feedback when pressed. The noise, even with quick dialing, is minimal: you can outline lectures and not disturb anyone. The color performance of the keyboard raises questions: letters merge with the keys. Three-level illumination of the situation does not save – it is also white. In addition, some of the keys are highlighted much brighter than others, due to which there is a feeling of “overwritten” keyboard.

Despite its compact size, the ROG Zephyrus G14 GA401IV is a true gaming ultrabook. Even in silent mode, he copes with the majority of modern games with a bang, and in the device segment with such a weight, he simply has no competitors. Certified Pantone-display makes the device an interesting choice for those who work with video. The G14’s only real problem is its dignity, that is, its modest size. Because of this, using the device in home computer mode will work only if you have an additional monitor to connect. However, if you travel frequently or just need a work laptop that you need to carry with you all the time, then the G14 may turn out to be one of the most interesting options on the market for you.

Call Of Duty
Rumor: Call of Duty: Warzone – shareware royal battle for 200 people
We previously reported that the publisher Activision
0 28

Fresh News
Digital Foundry: not all games of the past generation will work better on the PlayStation 5
Next Generation Console Playstation 5 will be able
0 34 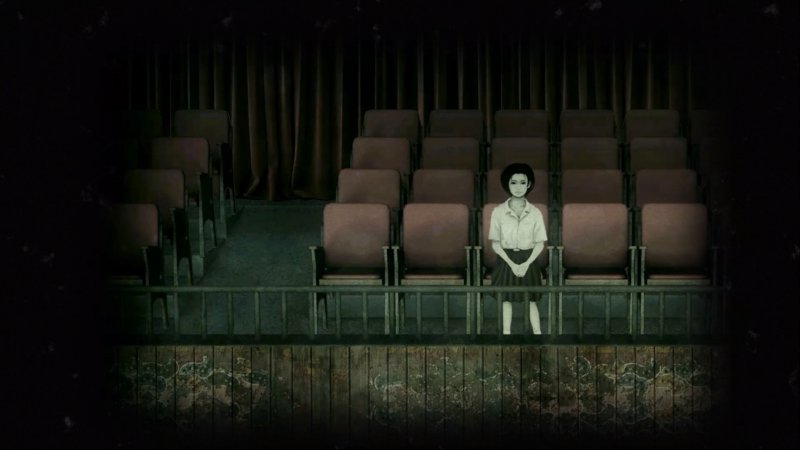 Fresh News
A mix of Devil May Cry and Guilty Gear from developers from Russia: New screenshots and video games of Aeon Must Die!
Studio developers Limestone games shared in Twitter
0 46
You may also like